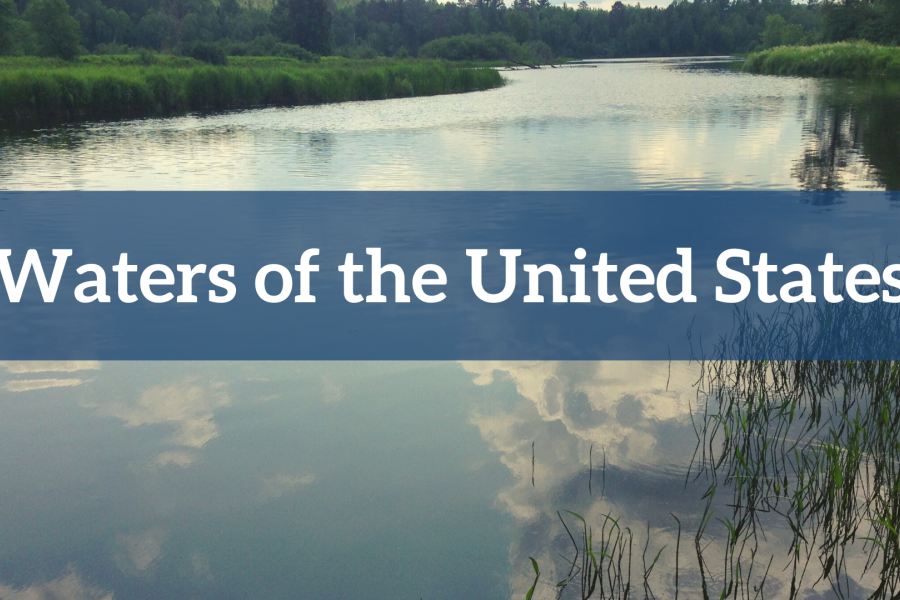 Earlier this summer, the U.S. Environmental Protection Agency (EPA) and U.S. Army Corps of Engineers (Corps) announced their intent to undertake a rulemaking to once again revise the definition of “Waters of the U.S.” (WOTUS).
This proposal comes as a result of a determination by the agencies that the 2020 Navigable Waters Protection Rule (NWPR) significantly reduced clean water protections.  Additionally, an Arizona District Court recently ruled that the NWPR should be overturned nationwide.
Currently, the EPA and Corps are enforcing pre-2015 rules.  TML has expressed that the new rule should provide regulatory certainty for local governments, examine the economic impact to cities and towns in Tennessee, and consider the impact to municipally-owned and operated infrastructure. As co-regulators in implementing and enforcing many of these laws and policies, including CWA programs, we are in the somewhat unique position of viewing water regulation from two perspectives — as enforcers of local water quality objectives and also as regulated dischargers.
Defining WOTUS has been fiercely contested for decades. The term is used in the Clean Water Act (CWA) to determine which waters fall under federal jurisdiction as opposed to state permitting authority.   It has been revised on numerous occasions, and there have been several Supreme Court decisions directing the US EPA and the Corps to modify their definition.
In 2015, the Obama Administration attempted to define WOTUS in its Clean Water Rule (CWR) by expanding its definition to clarify which bodies of water are automatically covered by the CWA and which ones should be handled on a case-by-case basis. This included many streams that remain dry part of the year.
In 2020, the Trump Administration repealed the 2015 Clean Water Rule and replaced it with the NWPR. While this WOTUS definition made a clear distinction between federally protected wetlands and state-protected wetlands, it also removed federal protection from a number of streams, river miles, and wetlands.
In short, many believe the 2015 definition was overreaching, and the 2020 definition did too little.  Both were met with a number of court challenges.
Redefining WOTUS will be a two-part process for the EPA and the Corps. The initial rulemaking will restore the WOTUS definition to the version in place before its 2015 change and will include updates consistent with relevant Supreme Court decisions. A second, subsequent rulemaking will further define the updated rule and establish a durable definition of WOTUS.
The definition of WOTUS plays a crucial role in the determination of which waters fall under the federal government’s jurisdiction. Any body of water defined as WOTUS requires a permit for activities like discharges, dredging, or dirt fill. Therefore, it is important that federal, state, and local governments work together to craft reasonable and practicable rules and regulations.