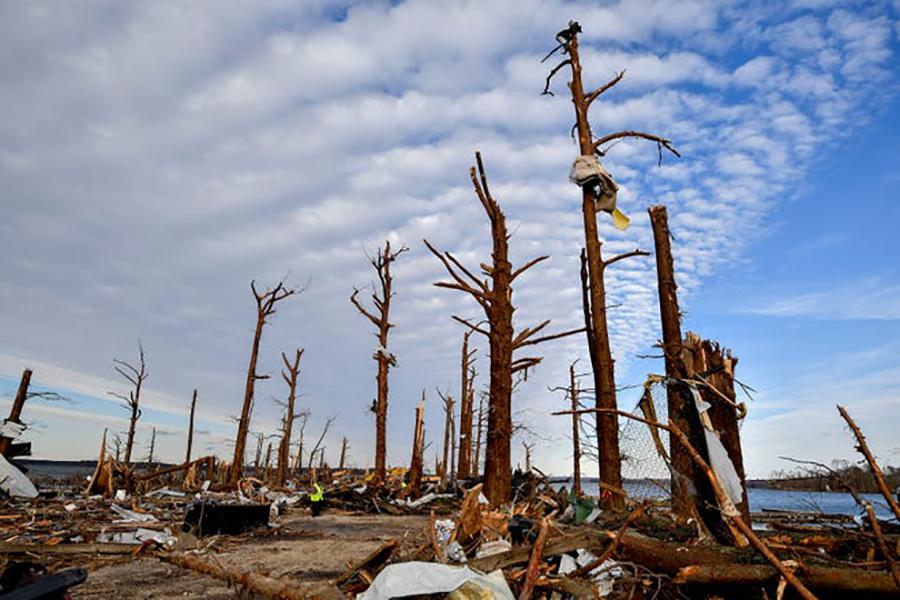 Damage to the Cypress Point Resort on Reelfoot Lake in Tiptonville where tornados claimed the lives of a Florida father and son visiting Tennessee on a duck hunting trip.

Tennessee is one of six states hit by a record-breaking severe tornadic event that left more than 70 dead, including five in Tennessee.

In addition to at least 30 other concurrent tornados and straight-line wind storms, a “long-track” tornado blew a 250-mile path through northeast Arkansas, southeast Missouri, northwest Tennessee, western Kentucky, and southern Illinois. The storm is believed to be the longest such tornado in U.S. history, breaking a record previously set in 1925. Kentucky was the hardest hit by the storm with at least 74 confirmed deaths.

Four fatalities were also reported in Tennessee. A father and his 12-year-old son visiting from Florida were killed while staying at the Cypress Point Resort in Tiptonville with several other family members. The pair had come to Tennessee on a duck hunting trip, according to family. A third storm-related fatality was also reported in Lake County with a fourth reported in Obion County and a fifth in the Memphis area, a former florist now employed by the TSA at the Memphis airport.

Samburg Mayor John Glessner estimated 30% of his community was severely impacted by the storm, including the loss of the police station, fire station, and some other government buildings.

“Right now, we’re going to need a lot of prayers,” Glessner told a local news station. “At some point we are going to need some labor and manpower. The cleanup is going to be a big undertaking. So that’s where we stand. As far as the things that you can put in your hands right now, we’re fine. Things are rolling in the right direction. I want the community to know that we’re with you, the county is with you, we’re going to be better than we were. Now that we know everyone else is safe, we got everyone where they need to be, we’re going to ratchet up our plan and move forward and get the town back to where it needs to be.”

Dresden Mayor Jeff Washburn said his community plans to build back better than before after six downtown structures were damaged, including the Dresden Fire Department building.

“We started hearing the loud freight train coming type sound and almost immediately when we heard that things started pelting our house and windows started breaking. We felt the building being hit really hard,” Washburn said.

At least two EF-3 tornados struck west Tennessee with one tracking from Newbern to Dresden and the other the same storm that started in Arkansas and moved through five states, causing the severe damage experienced in Kentucky. The cities of Dickson and Kingston Springs along with Stewart County were struck by EF-2 tornados while those that touched down in Burns, Nashville, Mt. Juliet, and Lynchburg were rated at EF-1. Tornadic activity was also reported in Arlington, Byrdstown, Dyer, Lawrenceburg, Livingston, Kenton, Newbern, Rutherford, and Somerville.

An 11-mile stretch of Highway 70 between White Bluff and Pegram was closed by TDOT for several days due to severe storm damage. Trees and utility lines downed during the storm caused extensive damage and made travel on the road unsafe. 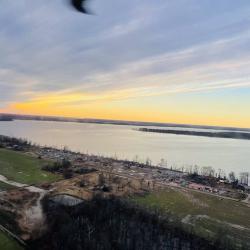 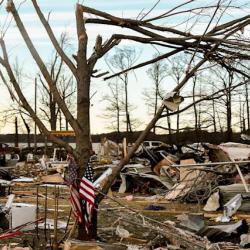 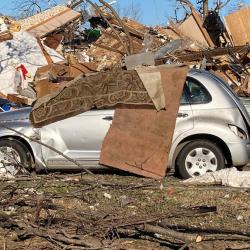 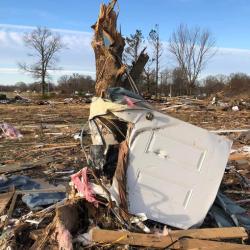 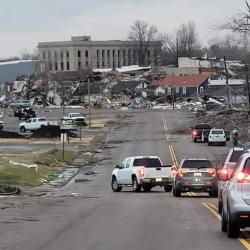 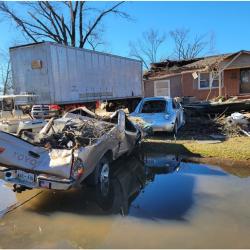 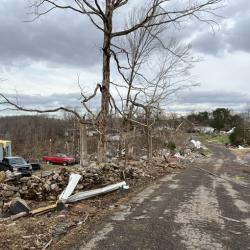 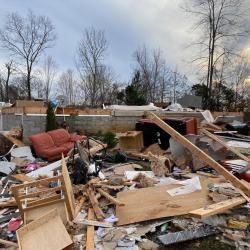 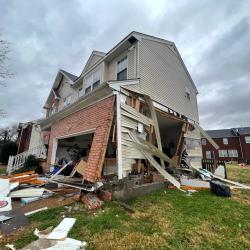 The state of Tennessee also reported one of the highest rates of power outages following the storm with more than 150,000 residents without power overnight. Water systems were also impacted with boil water advisories issued for residents of Dresden, Kenton, and Samburg.

“Our emergency officials, first responders, and law enforcement brought hope where there was none in the aftermath of these storms,” Gov. Lee said. “Our effort now will be to bring as much relief as possible to these devastated communities.”

Other communities across the state have been working to help those who experienced damage from the storms. Following devastating tornados hitting their own community in March 2020, Cookeville Mayor Ricky Shelton and Putnam County Mayor Randy Porter organized a relief fund to help Tennessee and Kentucky victims.

“Our community was very blessed by other communities that sent manpower and equipment to help us after the March 2020 tornado,” Shelton said. “On Sunday, the city of Cookeville Electric Department sent two crews to Bowling Green, Ky., to help restore power from the devastating tornado that hit them.”