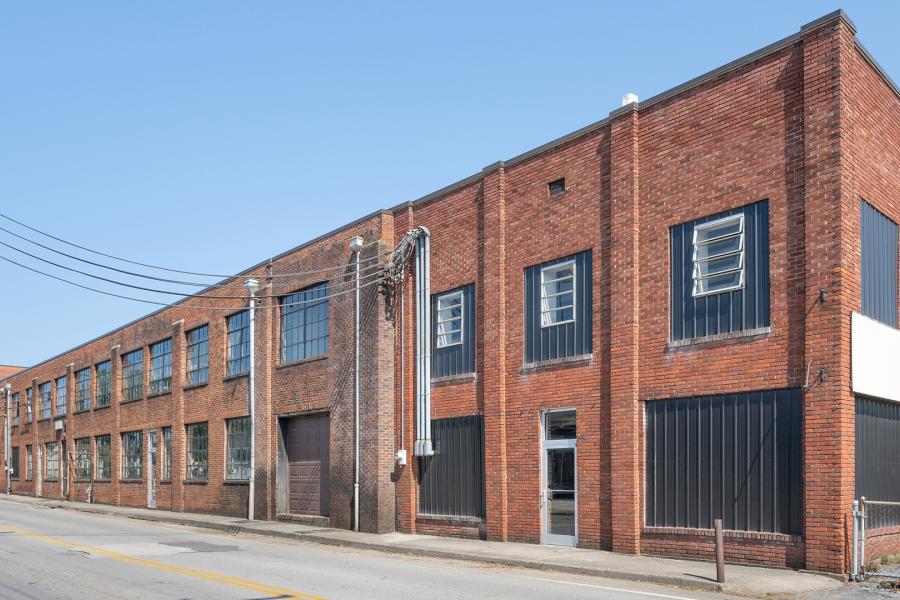 Renovations to the historic Sanda Mill in downtown Cleveland will not only serve as a cornerstone for revitalization projects but also double the amount of apartments available downtown.

A renovation project at a former mill property in Cleveland is set to breathe new life back into both the historic property and the city’s downtown.

The mill, located on Edwards Street in Cleveland, dates back to 1924 when construction started on the building, according to the Cleveland/Bradley Chamber of Commerce. Two years later, the building was opened under the Cherokee Hosiery Mill Brand. It was one of several mills that were part of the major textile and hosiery production industry in the town during the late 1800s and first half of the 1900s.

Expanding several times over the years, the mill was sold and renamed the Sanda Hosiery Mill in 1945. The company took over a former grocery store and other buildings as part of its expanding operations between the 1940s and 1960s. During its heyday, the mill was most notable for producing a line of top-quality children’s hosiery known as the “Famous Baby Bootie Sock.”

Once a major local employer, the mill closed in 2002 and was used for a period to house the local chapter of Habitat for Humanity and then a construction company. It’s story may have ended there if not for a public-private partnership between the city of Cleveland and the Knoxville-based Lewis Group Architects to revitalize the former mill into downtown housing.

Douglas Caywood, an architect with the Lewis Group, has worked closely on the revitalization project over the past decade, including the master planning of the site, the attainment of its National Register of Historic Places status, and applications for historic-based tax credits. He said the redevelopment of the former mill was an ideal project.

“Downtowns grow with a balance of live, work, and play,” he said. “Downtown residents extend downtown vitality from the eight-to-five workday to fostering more activity in the evenings for shopping, dining, and events.”

Cleveland Mayor Kevin Brooks said the project is a great example of how government and private business can work together for the benefit of both.

“The mill had been closed, vacant and unused for decades. This is a fantastic repurposing of a significant structure in our historic downtown,” Brooks said. “The Cleveland City Council funded a Downtown Revitalization Plan in 2017. When elected in 2018, we whole-heartedly adopted this plan to reinvigorate our downtown. The Sanda Project is a public-private partnership, which we believe are critical to any project. Private owners and private investors had the vision and the city partnered with grants, infrastructure and improving the roads and intersections.”

The Lewis Group plans to turn the more than 59,600-square-foot mill space into 52 loft apartments with both one and two-bedroom options. This will nearly double the amount of apartments in downtown Cleveland from 59 to 111 units.

The Lewis Group also assisted both the original and current owners with the process of putting the property on the national historic register, thereby making the property eligible for historic tax credits and other preservation grants. Caywood said this work allowed the project to receive $300,000 out of $4 million granted for historic development projects across the state.

According to the Lewis Group, the historic nature of the building led itself to the redevelopment

“After all of the sewing machines and equipment were removed, the historic structure retained beautiful hardwood floors, exposed steel and wood structure, exposed brick and clay tiles, and large steel windows: a perfect palette for loft living,” the group said on its website. “The open mill space will be divided into 52 loft apartments with a central corridor. Residents will enjoy large re-glazed windows, exposed brick and structure, refinished hardwood flooring on the second and third levels, and polished concrete floors on the first level. The history of the building will be highlighted with the display of a large historic boiler door, a conveyor, and the original freight elevator apparatus.”

As part of the project, the Lewis Group has also worked with both the city, Mainstreet Cleveland, and local utilities to provide a streetscape improvement project with widening of sidewalks and the addition of parallel parking, street trees, and pedestrian lighting. The group has also assisted the developer in obtaining $300,000 in historical development grants for the project.

Caywood said the project is already having an influence on other areas of Cleveland.

“The Sanda Hosiery Mill property is at the Eastern Gateway to downtown Cleveland,” he said. “With the renovation and restoration of the building and the influx of 52 new residents at Five Points, this gateway will again become a vibrant entry to downtown Cleveland. The project has already initiated other improvements and revitalization efforts of other properties along Edwards and Inman Street. The project not only infuses additional residents into the fabric of downtown, but it has initiated streetscape improvements for improved pedestrian use and has initiated the purchase of other historic buildings on the block that are in design and ready to begin renovations.”

Mayor Brooks said the loft space will serve as a cornerstone project for other redevelopment and revitalization activity in downtown Cleveland.

“The historic provenance of the Sanda Hosiery Mill qualified the project for additional grants and funding not otherwise available,” Mayor Brooks said. “The Sanda Mills project is a key component to the Five Points intersection redevelopment.  The downtown housing component as well as large investment are both key factors invigorating our downtown redevelopment.”

At the end of the day, Mayor Brooks said he hopes the project highlights how local governments can play a major role in encouraging economic investment.