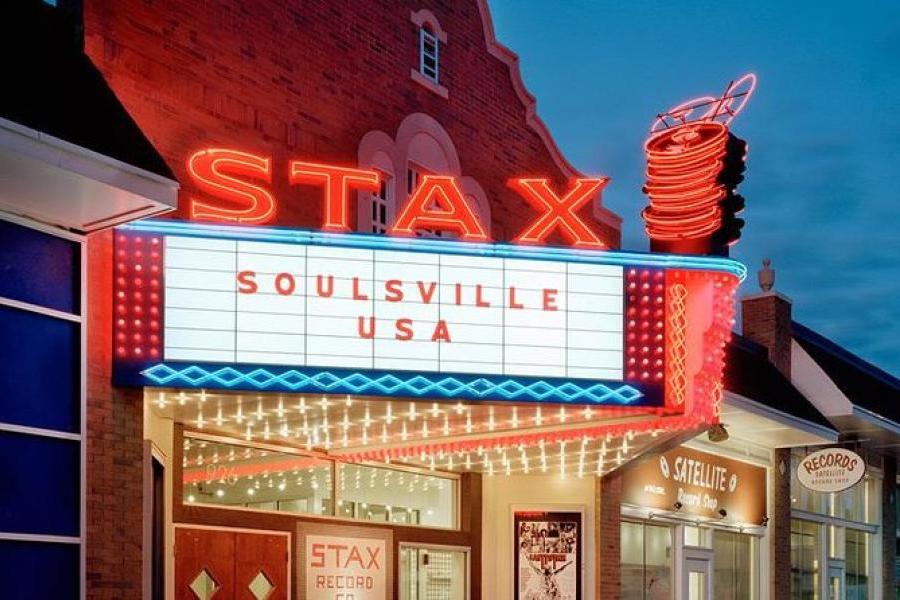 Two musical landmarks have joined 12 other sites on the U.S. Civil Rights Trail in Tennessee.

Tennessee Department of Tourist Development (TDTD) and Travel South announced the National Museum of African American Music in Nashville and the Stax Museum of American South Music in Memphis have been added to the trail, which includes sites important to Tennessee and African-American history throughout the state.

“What happened in Tennessee changed the world and through the power of music of the movement, visitors can learn about that legacy at world-class destinations like Stax and NMAAM,” Ezell said. “Visitors can walk in the footsteps of the brave men and women who stood up for equal rights. Our state’s history and heritage shine a light on the triumphant and impactful stories at these destinations.”

The National Museum of African American Music, which just celebrated its one-year anniversary, is dedicated to preserving and celebrating the many music genres created, influenced and inspired by African Americans.

The “One Nation Under a Groove” gallery is focused on how music inspired the Civil Rights Movement and evolved with the issues of the day. Educational programs, programming and events spotlight the achievements and influences of African American music.

“From the covert messages embedded in ‘Wade in the Water’ to the stirring melodies of ‘What’s Going On,’ African American music has provided the soundtrack for Civil Rights Movements in the United States,” said H. Beecher Hicks, President, and CEO of the National Museum of African American Music. “We are proud to continue our work in preserving and celebrating African Americans’ contributions and influence on the American Soundtrack.”

In Memphis, the Stax Museum of American Soul Music, located on the original site of Stax Records studio since 2003, pays special tribute to the artists who recorded there, as well as other American soul legends. Many of the artists and musicians who recorded at Stax were from the surrounding neighborhood, local churches and schools.

In a time when racial tension was high, the studio was integrated from day one, focusing on producing its own sound, a Memphis sound. Stax launched its second annual Virtual Black History Month Tour, which is available at no cost to educators and students throughout the world.

"Our launch of the Stax Museum's Virtual Black History Month Tour couldn't be more in line with the announcement that the museum is now being added as an iconic location on the U.S. Civil Rights Trail," said Stax Museum Executive Director Jeff Kollath. "More than just a label that recorded some of the most indelible, timeless music in history, Stax Records provided a company culture that was inclusive and where people of all races and genders worked together like family at a time of extreme racism and sexism in the United States and particularly in Memphis and the South. Both our new status on the U.S. Civil Rights Trail and the launch of our Virtual Black History Month tour reflect that rich history and how it still applies to current events."

Another Memphis site already on the trail, the Clayborn Temple, has also been expanded to include the “I AM A MAN” Plaza, which features a sculpture alongside a wall filled with the names of those who participated and rallied in the historic 1968 Memphis sanitization strikes. The city of Memphis dedicated the sculpture and memorial in 2018 as part of the MLK50 celebrations in the city. Clayborn Temple itself served as a meeting place for the strike. Which brought Dr. Martin Luther King Jr. in 1968.

In addition to the Clayborn Temple, there are 11 other sites throughout the state featured on the U.S. Civil Rights trail, which debuted in 2018.

Clinton is home to the Green-McAdoo Cultural Center, which commemorates the Clinton 12 who were the first African-American students to integrate a public high school in the South. While the students fought to integrate Clinton High School in 1956, the Green-McAdoo Cultural Center was the formerly all-black elementary school all of the members had attended and the location of a bronze sculpture dedicated in 2006 in their honor. The Clinton 12 are all members of the Clinton High School Hall of Fame.

The Stax Museum and “I AM A MAN” Plaza at Clayborn Temple join four other sites in Memphis including the Beale Street Historic District, National Civil Rights Museum at the Lorraine Motel, Mason Temple Church of God in Christ, and the WDIA Radio Station.

The Beale Street Historic District was originally established in 1841. Following the yellow fever epidemic in the 1870s, former slaves were able to acquire property in the area boosting the city’s population to the point it regained its municipal charter. One of the developments built in the area by former slave Robert Church was a 2,000-seat auditorium that began to draw blues musicians from around the Delta region.

While most associated with the “Beale Street Blues,” and artists like Muddy Waters, Louis Armstrong, and B.B. King, the district was also home to Ida B. Wells anti-segregationist newspaper Free Speech and many black-owned businesses. Beale Street was an important location for Memphians during the Civil Rights era and the Sanitation Workers Strike walked down Beale Street.

The National Civil Rights Museum at the Lorraine Motel marks the location where Dr. Martin Luther King Jr. was assassinated in 1968 as well as tells the story of the Civil Rights movement. The museum chronicles 400 years of African-American history including the bus Rosa Parks rode on, the Greyhound Coach taken by Freedom Riders, and more. The Mason Temple Church of God and Christ was the location of King’s famed “Mountaintop” Speech and is presently administered by the National Civil Rights Museum as well.

WIDA is the first radio station in the country programmed entirely for a black audience and began airing in 1947 from Union Avenue in downtown Memphis. In addition to starting the careers of numerous African-American artists, the station helped fundraise for community members including providing transportation for disabled students, financing college scholarships, and sponsoring clubs and sports teams for children.

The story of the Nashville sit-ins – of which the late. U.S. Rep. John Lewis was an organizer – are chronicled both at the Civil Rights Room at the Nashville Public Library and at sites like Woolworth’s on Fifth, one of the sit-in locations in the Fifth Avenue Historic District.

Many of the students involved in the sit-ins came from Fisk University, which was founded in 1866 and became the first African-American the Southern Association of Colleges and Schools. The school is also home to the famed Fisk Jubilee Singers. Griggs Hall at American Baptist College is another important education site, producing Civil rights leaders like John Lewis, Julius Scruggs, Bernard LaFayette, Jim Bevel, and William Barbee under the guidance of Professor J.F. Grimmett, the Rev. Kelly Miller Smith and the Rev. Dr. C.T. Vivian.

Nashville’s Clark Memorial United Methodist Church was an important gathering place in the city during the Civil Rights movement. Nonviolent protest workshops were held at the church by James Lawson in 1958 and Dr. Martin Luther King Jr. held the annual meeting of the Southern Christian Leadership Conference there in 1961.

An important meeting between Nashvillians and Mayor Ben West took place on the steps of the Davidson County Courthouse in 1960, following the bombing of a local civil rights attorney’s home. During the meeting, West admitted that segregation was immoral and advocated for the integration of the city’s lunch counters. This would be the first major step toward the desegregation of Nashville. Today, the Witness Walls at the courthouse tell the story of the people and places who took part in local civil rights history.