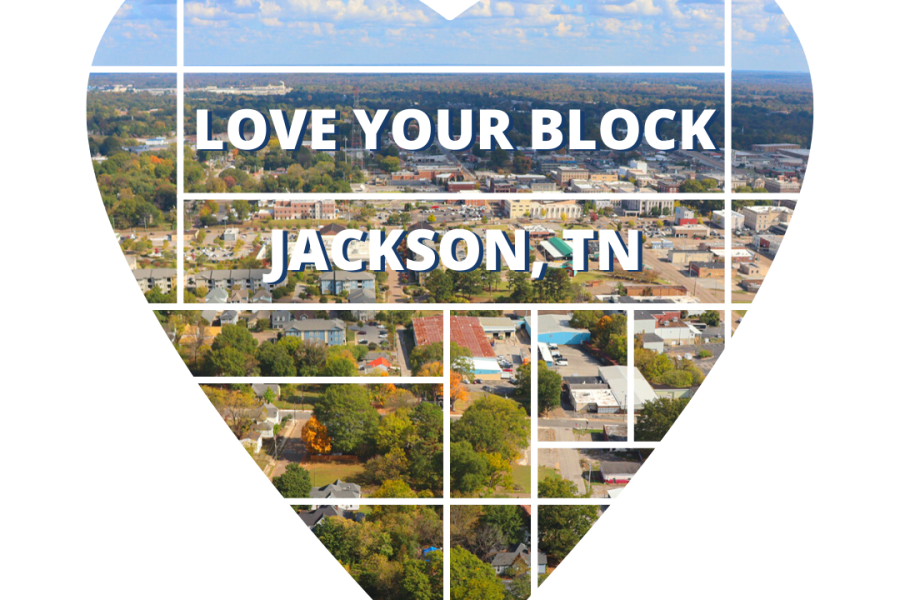 The city of Jackson has joined a cohort of more than 50 cities across the country selected to participate in a federal program aimed to reduce blight and start positive community change on the neighborhood level.

Jackson is one of eight cities that was recently chosen to participate in the newest round of the U.S. Department of Housing and Urban Development (HUD) and Johns Hopkins University Cities of Service Love Your Block grant program. The city received $100,000 over two years and the aid of an AmeriCorps Vista member to offer technical assistance to fight blight and improve community connections.

Jackson Mayor Scott Conger said one important aspect of the program is that it gives residents buy-in to positive change happening in their community.

“We believe that this project will empower our residents to make positive changes in their neighborhood and co-create attractive public spaces,” Conger said.

The program is being spearheaded by Jackson native and Love Your Block Fellow Jameson Colbert and AmeriCorps Vista member Abby Palmer. Colbert said the pair have been working since September when the Love Your Block funds were awarded, but the city of Jackson had been searching for a way to build community spirit well before then.

“In various community engagement sessions over the past two years, residents have continually expressed their desperation for less blight and litter throughout Jackson, particularly in the target redevelopment areas of East Jackson, Midtown, and Downtown,” Colbert said. “Residents in these neighborhoods have also expressed ongoing concern for healthier food options and safe places to gather and recreate. Civic pride is strong in Jackson, though it remains a frustration for residents in disadvantaged neighborhoods who desire investments and improvements, but lack the resources to make significant change.”

A recent study by the Urban Institute found that Love Your Block both helped cities fight blight by supporting resident-led projects, and also formed reciprocal relationships between citizens and city hall that helped spur citizen-centered innovations in policy and practice. The report built on an earlier Urban Institute report finding that the connections forged between city leaders and citizens at the neighborhood level can be one of the most important catalysts for collective action by neighborhood residents. This connection between city officials and citizens boosts the social capital exercised by citizens who plan and implement Love Your Block projects and strengthens social cohesion.

“This is the community where we have chosen to work, eat, play, shop, raise families, and call home,” Palmer said. “This is our opportunity to start creating what we want to see. Jackson is growing. By volunteering you get to decide what that looks like. By engaging the community to learn about the initiatives of the program, we hope residents begin talking with their neighbors and planning how to make their neighborhood beautiful. Through Love Your Block, we hope to enhance those conversations by providing applicable steps and resources to activate community-driven projects that will create shared spaces for the entire neighborhood to enjoy, and in turn, strengthen and improve relationships between residents.”

Palmer and Colbert’s roles will be helping to facilitate that community buy-in through community meetings, identifying potential projects, helping city officials find ways to use municipal assets to benefit the program, and bringing different community groups into the project.

“We look to achieve this by getting in our communities, starting our conversation with the community leaders, and working with community groups to create projects that are achievable, sustainable, and promote civic pride,” Colbert said. “Initially, we want to focus where our needs are greatest. We’ve identified East Jackson as the first of our underserved areas in which we’ll direct our attention due to its higher concentration of blighted and vacant properties.”

Palmer said building relationships in the community is a major part of the program’s goals.

“We hope to connect residents with resources, services, and programs offered through the city and area organizations,” she said. “Additionally, we hope to strengthen the relationships between community members and community leaders by facilitating connections through project and volunteering activities. We believe it important to see the city providing support and supplemental work to build stronger relationships between city services and residents to promote further collaborative projects tackling future needs.”

Another objective of the program is to create a positive force in the community that will continue long after the grant program itself is over.

“The Love Your Block grant program will help create more positive momentum in Jackson by providing residents with the agency to dream, develop, and create the changes they want to see in their own communities, and by strengthening relationships between the community and city officials and representatives so that community members feel comfortable reaching out for support,” Colbert said.

Colbert said his goal for his city is to show that the bonds of community are stronger than any problem Jackson may encounter.

“I love our community. Jackson just like other communities has our issues,” he said. “However, I have experienced a community of love, kindness, and unity that I desire everyone to experience.”

While a native of Chattanooga, Palmer said her experiences in Jackson have shown her the strong bonds within the city.

“What I love about Jackson is the genuine care residents and officials have to see the city thrive and become a better place for everyone to live,” she said. “Neighbors help neighbors in Jackson, and that kind of support will create stronger communities for everyone.”