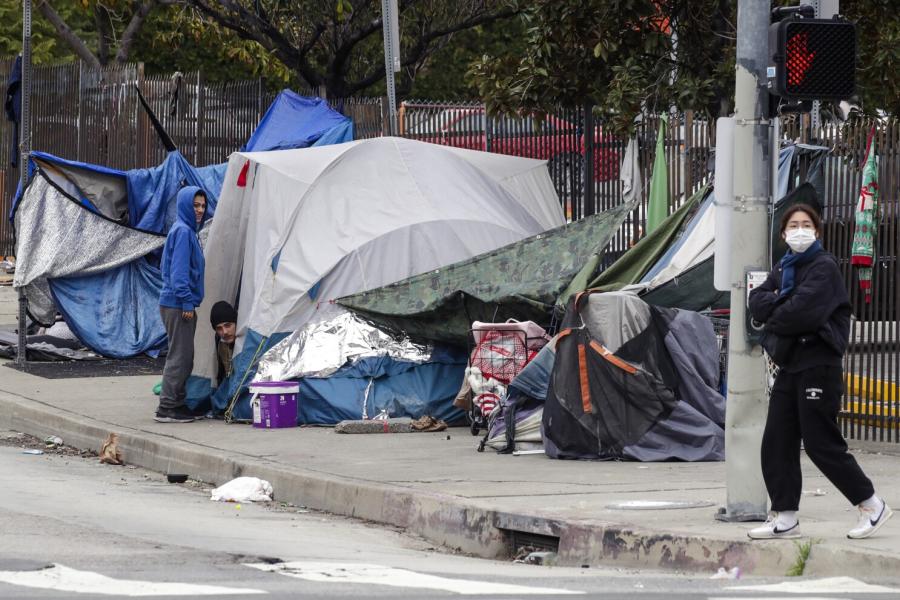 Cities across the state and country are facing increased pressure to deal with homelessness and related issues in their communities. However, many officials feel stymied by barriers like finances, bureaucracy, and a lack of data to help track issues.

According to the U.S. Interagency Council on Homelessness (USICH), the state of Tennessee reported an estimated 7,256 residents experiencing homelessness on any given day. A further 19,747 school-aged children in Tennessee didn’t have a consistent home to return to after school, with many living in shelters, hotels, with friends or family, or without shelter at night.

NLC hosted a webinar “Survey Findings on Mayors and Homelessness: Challenges, Opportunities, and Solutions” to discuss issues cities are currently facing surrounding homelessness. NLC President Clarence Anthony said he has noticed that many communities are looking for solutions to housing and homelessness-related issues.

“The topic of homelessness and ending homelessness is brought up frequently in my conversations with mayors throughout the nation. It has been a topic that NLC has been focused on for a number of years. We have worked on this issue through our research as well as our federal advocacy. Most recently, addressing homelessness has become a platform for the current president of NLC, Vince Williams of Union City, Ga., who has really talked about it.”

The webinar focused on the 2021 Menino Survey of Mayors’ report on homelessness, which was conducted by Katherine Levine Einstein, an associate professor of political science at Boston University, and Charley E. Willison, an assistant professor of public and ecosystem health at Cornell University. The survey is part of the Boston University Initiative on Cities and conducted interviews with 126 mayors of cities with populations of 75,000 residents or greater.

“Local policy is incredibly important for addressing homelessness,” Einstein said. “Local leaders make decisions on how much housing gets built in where, whether a community’s homelessness policy leans more toward punitive policies or harm reduction policies, and how and where homelessness policy gets administered. Yet despite the importance of local governments, we know shockingly little on a systematic basis how local leaders are approaching this challenge.”

“Mayors worry that they are held accountable for these really visible and important public policies, but they feel like they don’t’ have the tools to address these challenges,” Einstein said. “I feel this is a struggle many local leaders face. They do have a lot of tools at their disposal, but they face a lot of limitations. They face limited funding, restrictions from state and federal governments, and uncooperative relationships with surrounding local governments.”

Willison said homelessness is a unique issue because historically cities have not been the primarily policy makers in the response to homelessness.

“When we think of funding and staffing and even whose is responsible for who is responsible for designing and delivering responses to homelessness across the country, the primary policy actors are continuums of care,” Willison said. “These are expert bodies of mainly non-governmental actors who are organized. From our research, we found 70% of continuums of care are not a part of local government or don’t have relationships with their city governments. What this produces and what is highlighted in this survey is a fragmentation across policy spaces.”

The top barriers to addressing homelessness as identified by mayors included limited funding, public opposition to new housing and shelters, and a lack of coordination between the government and social service agencies. Half of mayors or more listed these as barriers they commonly face with limited funding being cited by more than 60% of mayors.

The local non-profit community was described by the majority of mayors as the biggest influence on local homelessness policy followed by continuums of care, police, or those at risk of homelessness themselves. Other groups of influence include public housing authorities, public health departments, neighborhood groups, the court system, hospitals, small businesses, and educational institutions.

When asked if they had city staff dedicated to addressing homelessness issues, 28% did not. More than a third (38%) said they had some staff in a social services department while 22% said their staff was in the police department. Einstein said that relying on police to provide social services is not always the best solution to addressing homelessness.

“So far our preliminary results suggest that even cities that have very strong harm-reduction policies and don’t want to engage in punitive processes when it comes to homelessness find that when police become involved it devolves into a more punitive interaction,” Einstein said. “This has been found by a lot of research. This is not to denigrate police officers; this is just not what they were signed up to do. They were not designed to be a social service agency. Not having staff in social service or housing departments that are oriented around homelessness is going to make it very hard for cities to implement policies that address serious challenges.”

One of the issues many communities are facing is a lack of access to data about homelessness in their community. Approximately 10% said they had no data with 8% of that total saying only county-level data is provided. Of those interviewed 38% report receiving annual data, 35% monthly data, and 3% daily data. Counties, surrounding local governments, and nonprofits were the top three sources for homelessness data.

“It was surprising to us that only a minority of mayors defined success in terms of homelessness reduction,” Einstein said. “I think a lot of mayors have never really thought of what a broader homelessness policy would look like. I think this is reflective of the fact they have relatively few staff dedicated to addressing homelessness, and when they do have those staff, they are scattered across departments and don’t have coordination. I think more cities would benefit from more coordinated homelessness policy that is oriented around one set of goals.”

For more resources connected to this issue, visit https://www.nlc.org/resource/from-the-event-survey-findings-on-mayors-homelessness/.