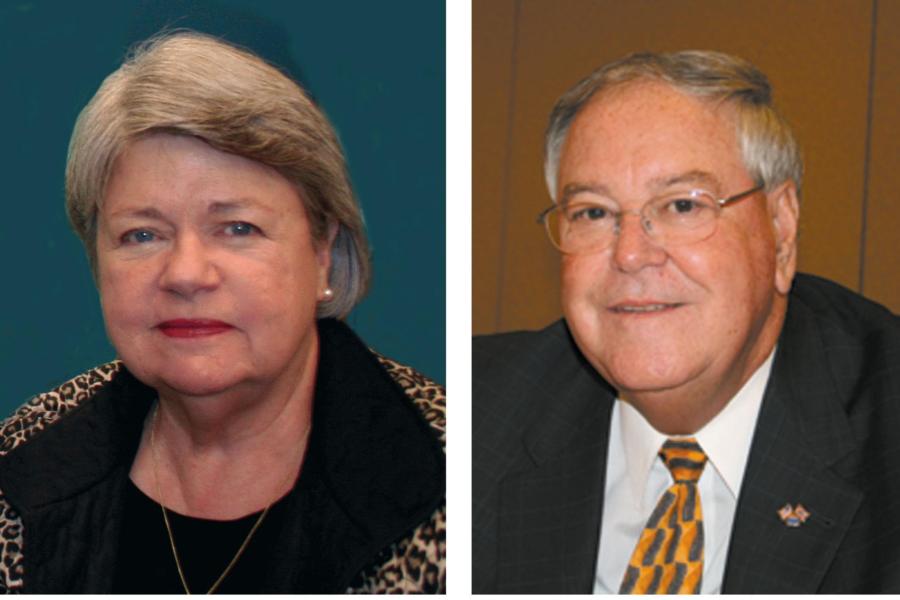 Morristown Councilmember Kay Senter has been selected as the new chair of the Tennessee Municipal Bond Fund (TMBF), the first woman to be named to that position.

Senter said she is excited to take on her new role with TMBF and to help local governments across Tennessee.

“I am incredibly honored to be selected to chair the TMBF Board,” Senter said. “Over the years the TMBF has provided expertise in funding opportunities to cities and counties across the state of Tennessee. To be a part of an organization that continually strives to expand services and lower the cost of borrowing for our Tennessee cities and counties, now and in the future, is both humbling and tremendously exciting.”

“Kay has been an incredible director whose wealth of experience, unwavering integrity, and expert judgment have been invaluable to the Tennessee Municipal Bond Fund since she first joined our Board in 2011,” Morrell said. “Kay is the perfect choice for chairman of the board, and I am confident the Bond Fund is well-positioned for continued success under her leadership and guidance. It is a distinct honor to work with Kay and our many other talented Directors, and I am incredibly grateful for the support and wise counsel they continue to provide.”

Morrell also thanked Huntingdon Mayor Dale Kelley, who recently stepped down from the chairman position to serve as the TMBF vice chair.

“I would also like to thank Mayor Dale Kelley for his leadership as chairman for the last five years and for his service on our Board since 2009,” he said. “We are very fortunate that Mayor Kelley will remain on our board as vice chairman.”

TMBF was formally created in 1985 and first began making loans in 1986. Since then, TMBF has loaned $4.9 billion to 215 different cities and 72 different counties in the state. These loans have saved borrowers a total of $705 million in interest costs alone. Loans made from the fund have ranged from $4,500 to $83.8 million with the average loan size at around $3 million.

“We are very fortunate to have Wade Morrell serve as the TMBF president and CEO,” Senter said. “Wade is focused on expanding services to our cities. He evaluates new program ideas that TMBF can incorporate to be competitive and to provide access to the best rates that meet the ever-changing needs of our cities. Under Wade’s leadership, TMBF has added 15 new banks to the program and a 20-year fixed loan option. These additions enhance current services provided by TMBF loans such as the draw-down feature, pre-pay option and completion of administrative services for cities pertaining to loans. In addition, TMBF by-laws have been revised and updated to ensure our best efforts to be open, transparent and representative of all cities across the state.”

Additionally, Senter has served on the University of Tennessee-Municipal Technical Advisory Service (UT-MTAS) advisory board, for two terms on the Tennessee Advisory Commission on Intergovernmental Relations (TACIR), and  as a past-president of Tennessee Women in Government.

She has also represented Tennessee on the National League of Cities (NLC) Public Safety Steering Committee/Advocacy Committee from 1993 to 2020. She is past-president of the NLC Women in Municipal Government (WIMG) and presently serves on the groups advisory board.

Senter holds a bachelor’s degree from Emory and Henry College and a master’s degree from the University of Tennessee at Knoxville. She taught English for 38 years at Morristown-Hamblen East High School.