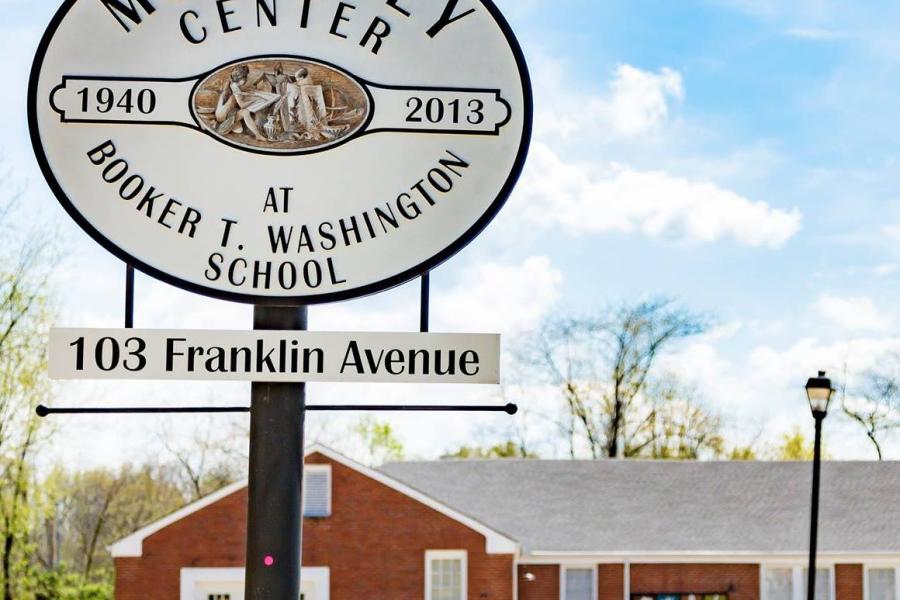 The McKinney Center at the Booker T. Washington School in Jonesborough hosted the Tennessee Association of Museum's annual conference and awards. The museum also took home six awards from TAM.

Museums in 16 cities across Tennessee shared in 82 awards presented to 28 museums located throughout the state as part of the Tennessee Association of Museum’s (TAM) awards at its annual conference held at the McKinney Center at Booker T. Washington School in Jonesborough.

The Birthplace of Country Music Museum in Bristol won three awards: temporary exhibit for it’s the Way We Worked display, educational programming for its lesson plans, and publication for its educator newsletter.

The National Medal of Honor Heritage Center in Chattanooga won an educational programming award for the Nathaniel C. Hughes Jr. History Club and a publication award for its children’s book The Making of a Hero.

The Clement Railroad Hotel Museum in Dickson received an award for best temporary exhibit for its Growth, Industry, and Agriculture: 100 Years of the Dickson County Chamber of Commerce exhibit.

The Dickson Williams Mansion in Greeneville received awards for digital media for it’s website and for its 200th anniversary special event. The Greeneville-Greene County History Museum received an award for temporary exhibit for its exhibit focusing on Black Freedom Day.

The Abraham Lincoln Library and Museum at Lincoln Memorial University in Harrogate won awards for its permanent exhibit, the LMU Story, and special recognition for its Lincoln Learning Lab.

The Reece Museum in Johnson City received awards for its temporary exhibit Illustrating Dante’s Divine Comedy and for its Hip-Hop History special event.

The McKinney Center at the Booker T. Washington School in Jonesborough took home six awards: educational programming for the Usable Past series, special event for Holidays Around the World, special recognition for Conversations that Matter, digital media podcast for Story Town Podcast, publications PR kit for its Spring 2002 Class Catalog, and temporary exhibit for its 2021 Exhibition Series.

The McClung Museum of Natural History in Knoxville won for educational programming for its Can You Dig It In The Classroom program. Knoxville’s East Tennessee Historical Society won four awards for its permanent exhibit history headquarters, temporary exhibit for its Shaver: An Artist of Rare Merit, special and novelty item for its history detectives kit, and special event for its virtual A Night at the Museum special event.

The Overton County Heritage Museum in Livingston won the award in its category for best temporary exhibit and best publication/book for its exhibit on the Revolutionary War Veterans of Overton County.

The Memphis Brooks Museum of Art won an award for its temporary exhibit On Christopher Street and for the publication of its book Preserve and Resist: The Strong Black Women of Elizabeth Catlett.

The Grassmere Historic Farm at the Nashville Zoo received the award for best permanent exhibit for its Morton Family Exhibit and for the special event ribbon cutting of the exhibit. Historic Traveller’s Rest in Nashville won in its category for best film/documentary for Visionary Leadership.

The Lane Motor Museum in Nashville won an award for temporary exhibit for its RADwood exhibit and an audio-visual award for its video blog Car Horn Jingle Bells.

The American Museum of Science and Energy in Oak Ridge won for educational programming for its virtual excellence program and for digital media for its Podcast the AMSEcast.

The Discovery Park of America in Union City won a temporary exhibit award for its Murray Hudson’s Globes and Maps and educational programming award for its Military History and Armed Forces Symposium. The museum also took home a community support award for its Memorial Christmas Tree Decoration.

The Morgan County Genealogical and Historical Society in Wartburg’s Sunbright Potteries Exhibit won both the best temporary exhibit and publication for a book in its category.