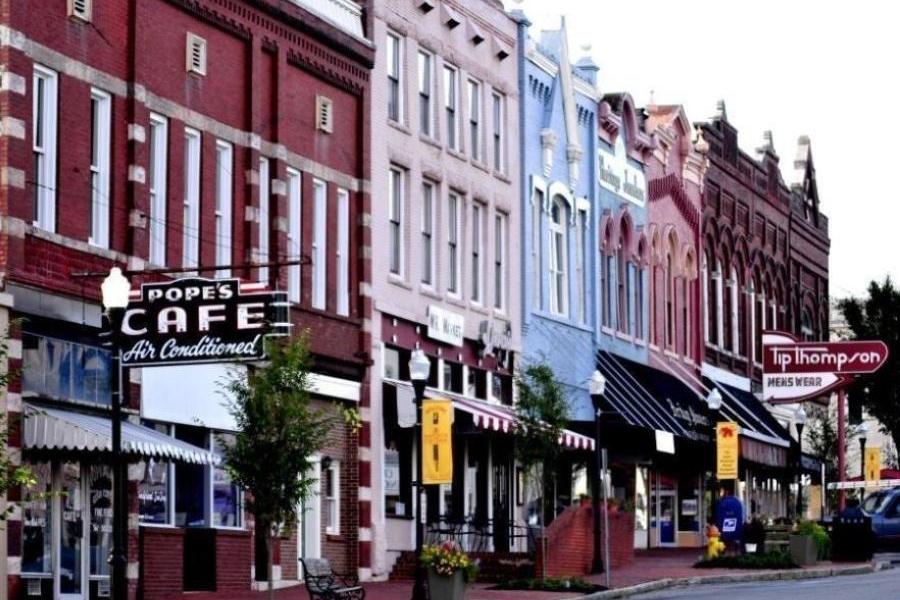 A new partnership between the city of Shelbyville and Bedford County aims to bring industrial, retail, and educational investment to the area.

Shane Hooper, president and CEO of the Shelbyville-Bedford Partnership, was hired by the partnership in 2020 to help jumpstart that development in the area. The venture is jointly funded by the city and county and operated out of an office in the Bedford County Courthouse in downtown Shelbyville.

Hooper said officials from Shelbyville and Bedford County decided to create the partnership as an economic engine for the area after realizing they had not had a major economic investment bringing in hundreds of jobs to the area since the 1990s despite similar announcements in peer counties.

“If you look at the progress with Southern Middle Tennessee, with all the growth and job creation announcements, and then you look at Bedford County it seems that the area was not participating in that,” Hooper said. “The leaders from the county and the city felt the economic growth was not where it should be. That generated the need for a focus on economic development on a full-time basis.”

Upon his arrival in Shelbyville, Hooper said one of his first tasks was going with TNECD officials to visit industrial sites in neighboring counties to see what was happening in surrounding communities that was not happening for Shelbyville and the county. Afterwards, Hooper met with local leaders about the direction the area should take.

“We needed to figure out where we had deficiencies and then go to work on those,” he said. “We broke our work into three areas: industrial, retail, and developing an economic development organization. All of these economic development endeavors needed a home and a platform. We wanted to form this partnership so we could incorporate city funds and county funds and then also – and very importantly – private dollars. For an economic to move forward, it can’t be just about government investment. By embracing the entire community and involving the private sector, it gave us the ability to put our arms around those who wanted to encourage growth.”

Board members on of the Shelbyville-Bedford Partnership include Shelbyville Mayor Wallace Cartwright, Shelbyville Vice Mayor Henry Feldhaus, Bedford County Mayor Chad Graham, County Commissioner Jeff Sweeney who also serves as the county’s director of construction, a partner in a local real estate firm, president of a local transportation and logistics company, and a local financial executive.

While Bedford County’s three other municipalities – Bell Buckle, Normandy, and Wartrace – are not financial contributors to the partnership, Hooper said those municipalities participate in other ways.

“Any time we have an opportunity to assist in those areas, we obviously do that as well,” Hooper said. “If you go to our website, you will see they have a significant place there. We believe the success of Shelbyville and the county are everybody’s success, which means we are all successful. The more you open up and move from just a city or county into a region, the more assistance and cooperation you can get toward achieving goals. When employers come to town, they are looking at the region not any specific city limits or boundaries. When it’s all said and done, you are looking at a workforce that will come from a region.”

To address industrial needs in the region, Hooper said the focus has been on the 231 North Business Park near the Shelbyville Municipal Airport. The partnership worked toward being one of the four areas selected to participate in the TNECD Property Evaluation Program (PEP), the first time either the city or county had participated in the program. Taking information gained from the program and working with TVA officials, Hooper said the partnership took steps to making the industrial park more marketable.

“We were able to take all of that information and take a Site Development Grant to correct and improve some of the things in our industrial park to make it more competitive,” Hooper said. “The original property was bought in 2006, and it sat there. The city and the county made another purchase to increase the size of the industrial park, give it access to Highway 231, and room for the new TCAT. The new addition gave us 33 additional acres onto what was already an 88-acre industrial park.”

In December, the project received an additional $1 million grant from TNECD to help continue improvements to the park as well as facilitate the construction of the new main campus for the Shelbyville TCAT location. Hooper said the amount of site visits to the industrial park has increased five times since the new investments into the property. The funds also allowed the first pad-ready site to be completed in the industrial park and plans for a spec building are moving forward.

Bringing more retail to Shelbyville, as well as encouraging the development of recreation and tourism, was the second major priority for the partnership.

“If you look at retail marketing data, it will show Shelbyville has leakage in certain areas, especially to Tullahoma and Murfreesboro,” Hooper said. “People are leaving Shelbyville to eat and buy groceries. When they have guests come to stay, they are not staying in Shelbyville. The problem is that becomes a significant loss of taxable revenue that the city and county could be using to provide services for citizens. When people leave, they take those tax dollars with them.”

Additionally, the partnership led to the creation of the Shelbyville-Bedford Community Foundation, a 501(c)3 focused on increasing education, quality of life, and quality of place in the area. Hooper said the foundation has been able to issue teacher grants to support local educators and supported the creation of a vanity license plate tag honoring the Duck River, which will support emergency responders who conduct rescues on the river.

Warren Wells, the CEO of the Tennessee Walking Horse National Celebration, has also been working to expand the historic event’s footprint. The organization is brining in more non-walking horse events to local facilities. With the annual Celebration bringing in more than 100,000 visitors, Hooper said there is a lot of great opportunities for the local areas.

While walking horses have long been the area’s bread and butter, Shelbyville will soon be the new home for exotic car enthusiasts. The Tennessee Downs project will bring a high-end exotic automotive club with a racing track, restaurant, clubhouse, storage facility, conference center, and residences on 185 acres on U.S. 231.

“We are constantly evaluating and moving the goalposts,” Hooper said. “The Tennessee Downs project just had its pre-ground breaking, which is going to be a wonderful project for this area. I didn’t realize there were so many people in that exotic car market, and they are very excited about having somewhere to store and enjoy their cars.”

The expansion of the Nearest Green Distillery as well as “productive” discussions with the Middle Tennessee State University aviation program about projects with the Shelbyville Municipal Airport are other major projects on the horizon for the area.

Hooper said cooperation is key to these successes.

“Economic development is a team sport,” Hooper said. “Without the city’s support, without the county’s support things like this just don’t happen. The fact that the city and county were willing to work together is huge. The work they have done together has made all the difference.”