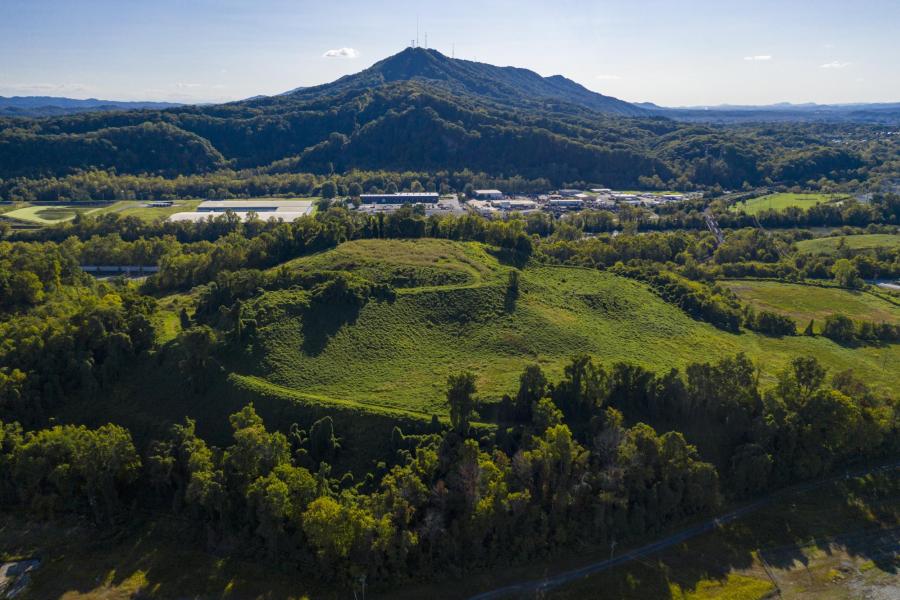 Cement Hill is an iconic vista in Kingsport, but for years the property has been an industrial site. A new plan will see the property redeveloped into both parkland and to a mixed-use residential and commercial center bolstering downtown Kingsport. The project brings Cement Hill full circle as it originally was the site of worker housing for local industry.

A mixed-use development bringing new park space and housing to Kingsport is already winning awards for its revitalization of a former industrial site.

The Brickyard Park-Cement Hill project is already drawing attention – both because the national recognition it has received and the sight of goats keeping greenery in check on the steep Cement Hill. Featuring new parkland and a planed  mixed residential development, the project will connect to Kingsport’s downtown via a pedestrian bridge over the CSX Railroad while reutilizing a former industrial site.

Already in place at the 112-acre Brickyard Park section are two baseball fields, two softball fields, a concession stands, restrooms, a scoring town and perhaps the park’s best-known feature: the Kingsport Miracle Field and accompanying adaptive playground. Now, the expansion of a local company, a land exchange, and community-driven plans are bringing housing and greenspace back to an iconic local property that has served local industry for the past 50 years.

Kingsport City Manager Chris McCartt said when the land was purchased by the city in the early 2000s from General Shale Brick, the intent wasn’t to create a park where Brickyard Park now stands.

“The thought at the time was that the property would be returned to some sort of industrial use,” McCartt said. “We had conversations with multiple companies over a ten-year period there and really had no luck with that. We decided to step back and asked ourselves if industrial use was the desired outcome or if we wanted to look at something that could have a significant economic impact on our downtown. That spearheaded the efforts to begin looking at this property through a different lens, one that was from more of a residential, quality-of-life development that would serve as a downtown neighborhood.”

In 2015, Brickyard Park opened as a $7 million, 43-acre premiere complex featuring a four-field baseball and softball complex, the Kingsport Miracle Field, and an accompanying all-abilities playground. However, Kingsport officials weren’t finished yet.

McCartt said it has long been the desire of many local residents and city officials to make the local landmark known as Cement Hill accessible to the public again. That opportunity came when Domtar, a local paper manufacturer, announced it was making major changes to how it did business.

“Cement Hill is an iconic figure within our downtown,” he said. “We had gone through visioning studies going back 20 to 25 years with different groups with the city and chamber of commerce asking what we could do with the hill and how we could acquire it from Domtar. The company approached the city of Kingsport two years ago and said they were changing their production away from copy paper to move into packaging, to make cardboard packaging. In order to do that, they would need some additional land from us they had tied up in a lease.”

The historic exchange led to Kingsport granting Domtar the city’s former Cloud Park, home of its Scott Adams Memorial Skate Park, and Domtar giving the city the 40-acre Cement Hill site as well as $500,000 toward the reconstruction of a new skatepark at Brickyard Park. Soon to be opened, the new Scott Adams Memorial Skate Park has been created by California-based New Line Skateparks and will have features for skaters of all abilities. A bicycle pump track will also be built adjacent to the skate park.

“I think these will complement some of the things we have in long-term vision for Cement Hill,” Rose said. “We are diving into that right now. We are securing a contract with a local architect and engineering firm to go in and give us an idea of what can be done with the hill. We will be working with citizen groups and city staff to put together a master plan for that hill. Some of the conversations we have had early on include a passive park with hiking and biking trails as well as observation points on the hill.”

One sign that things are changing on Cement Hill are the goats that the city has hired to help maintain the steep area, which offers a more economical and environmentally-friendly way of controlling kudzu. McCartt said the city receives more questions and public interest about the goats than any other aspect of the project. 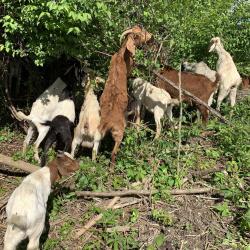 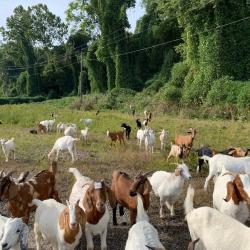 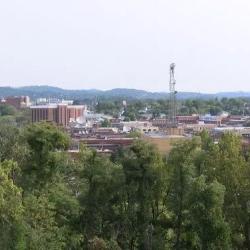 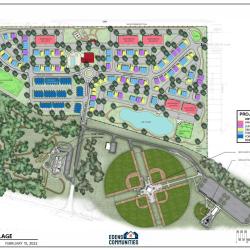 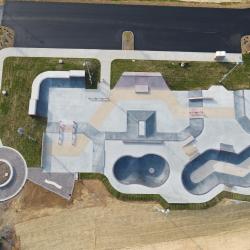 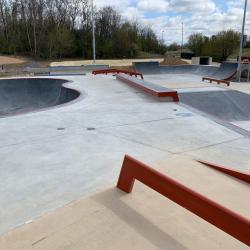 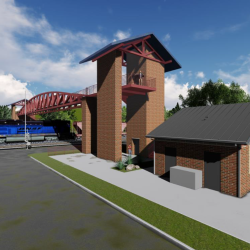 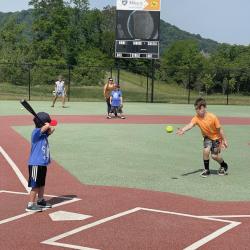 “The developer at Brickyard has a very social and environmental component to their build-out,” he said. “The whole concept there is attaching 150-acres to our existing downtown footprint. When we started developing Cement Hill, we knew it was a large, steep terrain, and we didn’t know how we were going to clear it. The idea was floated that we use goats. We contacted a local company – Enviro-Goat LLC – and provided them with a budget. It started out with 50 goats on a monthly contract and with no increases charged to the city. They increased that to 100 because they were so happy to be a part of the project. We are now north of 130 goats on the property. They have become a part, literally and figuratively, of our local landscape.”

Parkspace isn’t the only plan on the agenda for the development. Plans call for a more than 350-unit residential development of houses, townhouses, duplexes, and apartments, community pool, basketball court, clubhouse, pocket parks, dog parks, community garden and greenhouse, a walking paths at the base of Cement Hill.

“Cement Hill for a while was an industrial dumping ground,” he said. “We are taking what would be considered an industrial landfill and has now been approved for public use because it contains benign material that doesn’t affect the environment. The original use for Cement Hill was workforce and supervisor housing for the Penn-Dixie Cement Plant. There will now be housing near the base of the hill.”

A $3 million pedestrian bridge over the CSX Railroad, funding in part by a $1.85 million TDOT grant, will connect the park and the new residential area with Kingsport’s downtown, boosting the economic revitalization of the area. McCartt said the bridge will be a vital link to downtown.

The project is already raking in awards. The Kingsport Miracle Field won both the TNAPWA and national APWA project of the year in 2020 and the Brickyard Park-Cement Hill project recently won the American Planning Association’s (APA) Donald E. Hunter Excellence in Economic Development Award.

“It’s humbling to be a part of that,” Rose said. “To be from northeast Tennessee and to win one of these highly-sought after awards is amazing. There is also the hometown pride. It makes you proud of your home city.”

Of course, the best praise comes closer to home.

“The public has been very supportive, and there is a lot of excitement about this project and the reuse of this property,” McCartt said. “Cement Hill has been something that has been absent for our city for 50 or more years. When we drew up the RFP for this, we involved citizens and downtown businesses to see what type of housing and amenities they wanted to see. They feel invested in the project. As we move forward with the master plan for Cement Hill, we will call in some of those same people. One of the reasons this project has been so successful is that it’s not being driven by city hall; the vision was set years ago by a multitude of people and that vision continues to unfold.”

Rose said the RFP process for the project has been rewarding in itself.

“I come from the private side and have worked for the city for almost two years,” Rose said. “To be able to work on that with a group of surrounding citizens and business owners was a very rewarding process. There was so much positive involvement and input, which is making this project popular.”

McCartt said, after 25 years with the city and being part of the team who acquired the property a decade ago, it is rewarding to see things coming together.

“We are seeing our work come to fruition with actual development on the site,” McCartt said. “The other piece I am excited about is the impact it will have on our downtown. We started asking a decade ago about how we could get more residential involvement in our downtown. As we start to see residential development occurring, we start to see our downtown come to life as a full-service downtown. I think the next couple of years will be very exciting in downtown Kingsport.”