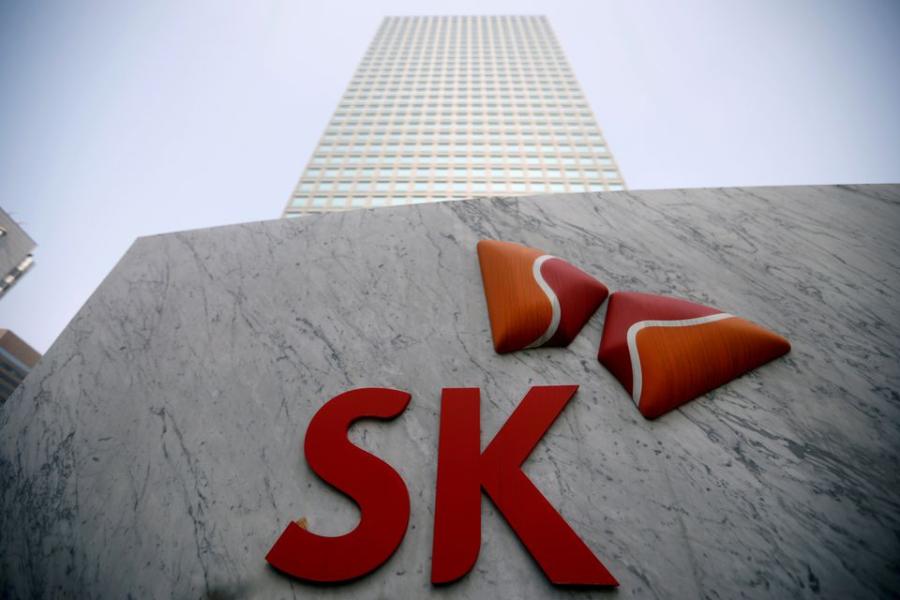 The Seoul, Korea-headquarters of the SK Group, the parent company of SK Innovation who will be making the electric batteries for Ford vehicles at the Blue Oval City site. SK is the latest in more than a dozen Korean-based companies to set up shop in Tennessee.

Working with SK Innovation and other Korean-based Ford suppliers and companies was the focus of a recent Tennessee Department of Economic and Community Development (TNECD) panel discussion as part of a series of meetings focusing on the development of Blue Oval City.

Based in Seoul, SK Innovation will be the latest of the more than 15 Korean-based companies employing 3,500 people and making foreign-direct investments (FDI) in the state of Tennessee. By knowing customs and how business is conducted by Korean officials, local leaders can be more successful in working with companies like SK as well as recruiting other companies from South Korea to their communities.

While Korean and American businesspeople have a lot in common, there are some differences in both business and cultural etiquette. Chassen Haynes, director of business development with TNECD, said patience with foreign investors is key.

“You need to be patient and understanding,” Haynes said. “Put yourself in their shoes. You are going to South Korea or Germany, and you are trying to formulate a business plan in a place you’ve never visited. You are looking at sites you have never visited and are meeting with people you have no rapport with. You are trying to build a relationship. Just like people from Tennessee may negotiate differently from people who are from California or New York, it’s exponentially different when you are negotiating with a foreign company. There is not only a language barrier but also different etiquette. Be patient and respectful through that process.”

Hee-Jung Shin, director of business development in Korea for TNECD, works in Korea to recruit businesses to Tennessee. Shin said that Americans may want to provide an introduction to visiting Korean officials with members of existing Korean populations within their cities, but this isn’t always helpful given the rapid nature of change in Korean history in culture in the past 50 years.

“It is very sensitive to involve Koreans already living in America,” she said. “A lot of the Koreans who migrated to the U.S. did so a long time ago, and there is a big difference between Korea when they left and Korea now. Meeting Korean people in America can sometimes be a bad experience and Korean businessman cannot say they don’t want to do this. Even the people who have been in the U.S. for a couple of years and return to Korea find there are big changes.”

That being said, Brad Thompson, director of economic and community development with the city of Martin, said when the city was working to recruit Dong-A USA, Inc., officials found it beneficial to include Korean ex-pats who are willing to promote the area as a good place to live.

“It was really important that we were prepared and welcoming to everyone and that everyone was comfortable while they were here,” Thompson. “We have a Korean Association here in Martin and some Korean professors on campus at UT Martin. When they arrived in Martin, they were greeted by Korean people who lived in Martin. We did a vetting process to accomplish what we wanted to accomplish. It was more strategic than a free-for-all welcome. We asked people to stick to a script about Martin, the good experiences they had here, and not do anything that would be disruptive or disrespectful to what we were doing. I would say if you do have a Korean population in your community and you don’t have an existing relationship with them already, you might start working on that now to improve it and build up that trust.”

Haynes said when recruiting SK it was often valuable to show that Korean businesses and their employees were safe and have opportunities for their families in the U.S.

“We want people to feel like they are coming to a safe environment where people from South Korea can come and live, because there are going to be people coming over to help start up the plant,” Haynes said. “We actually recorded video from a Korean businessman in Memphis to specifically talk about his experiences living in Memphis, his family, and where his kids go to school. If you were going to Thailand to open up an operation or do business, we would all feel a little more comfortable with an American ex-pat who was over there already living and working telling us directly what it is like.”

A quick Google search of your community to see what negative press comes up can also help ease any concerns about safety. Haynes said FDI companies will do their due diligence before coming to visit a site, and local officials may have to address negative publicity.

Facts and figures are not as important as visualization when it comes to Korean and other FDI business recruitment.

“There is something we have found with a lot of FDI companies when looking at a site, especially if there is an encumbrance like a hill, trees, or anything that could be a risk for development,” Haynes said. “If you cannot mitigate that risk beforehand, help tell the story of how their facility could lay out on the site. One question we got from SK was about where the labor was coming from. We showed them facts and data, but they still didn’t believe it until we picked them up in a helicopter and hovered 100 feet above the ground so they could see all of the rooftops. That’s when the lightbulb went off with them. We intentionally took a helicopter path to show them the growth coming out of Memphis and Jackson and all around the region for the Megasite.”

Haynes said Korean companies are also often interested in where and how their potential workforce will be trained.

“We have to explain we don’t build training facilities on-site for everybody,” he said. “We try to have conversations with our Department of Labor and local workforce boards to help them understand things like apprenticeship programs, how those pathways work, and being more secure in where their workforce comes from.”

Helping Korean officials understand how their employees will live in an area is also important. Shin said knowing where the best schools are, how to enroll in schools, and where to find English courses so non-English speaking members of a family can learn are common questions. Having someone to serve as a contact person for making these transitions can be valuable, she said.

“Initially, one of the things we learned quickly when dealing with the Dong-A folks when they were in Martin is that they were very formal and very big on titles,” Thompson said. “They didn’t necessarily call someone by their first name. They preferred the title, especially with the mayor or the director. They used titles as a demonstration of respect.”

Haynes said American informality can often come off as insulting or scheming in other cultures.

“Be cognizant of sarcasm and slang,” Haynes said. “I even have to watch myself saying ‘y’all’ because it doesn’t always translate. Be a little more formal. It can be seen as negative if you are talking on the side, being buddy-buddy, and sharing inside jokes. Sometimes I have seen foreign companies feel like someone is trying to pull something over on them because of that. Cultural things we do in our everyday life may not be as prevalent with them.”

Allowing time and pauses for translation to ensure clarity is also valuable.

“Some have better English than others, and sometimes they will need a translator,” he said. “When preparing for a lot of the interactions with SK, I consulted with Hee-Jung about the level of English. We knew we needed to allow time in between presentations for people to have sidebars. They might have one person who has very good English, but the decisionmaker doesn’t have good English. We might have one person who might, in the middle of a presentation, start talking to the decisionmaker. We would be patient, pause, and let them have their sidebar conversation. They were working to make sure things were being interpreted correctly. The translator might come back to ensure what they were translating was accurate.”

Thompson said while meetings themselves were formal, a meal or snack following meetings or site tours offered more of a chance to be informal.

“One thing we did notice is that they liked to debrief,” he said. “They were very hospitable offering food and drink and having something prepared for us to have after the tour of a facility to visit. It seemed very important to them that we stay and participate and enjoy some food with them.”

Shin said eating together is an important aspect of both business and overall culture.

“Having meals together is a big thing for Koreans,” she said. “If you go to a site or a meeting, they will be really formal. At the dinner, they will relate and you can have more real talk.”

Haynes said that other breaks in the schedule may also need to be accommodated.

“There are often a lot more smokers,” he said. “If you’ve ever been on a site visit with me, they are planned out by the minute. Make sure you work in some time for them to feel independent and have their own time. If they need a smoke break, let them have a smoke break.”

Watching gestures can also be important as not all hand signals and gestures have the same meaning in different cultures. Thompson said Martin officials learned this when conducted a site visit with Korean officials.

“During our site visit, people were out there pointing and waving to show people things,” Thompson said. “Jisun Collier, a Korean teacher from the University of Martin who was working with us, said ‘please tell them to stop pointing.’ That is deemed as disrespectful.”

Shin said in Korean culture people do not motion to gain attention the same way as they do in America. Instead of crooking a finger forward to beckon someone toward them, they will do a hand gesture similar to the way Americans wave good-bye.

Ways of speaking may also be cultural.

“We noticed with their language and their dialect that sometimes their voices got really loud,” Thompson said. “We thought they were not having a good visit or unhappy. It was just very normal in their dialect and language to be expressive by taking volume up and down. No one was upset or dissatisfied.”

“One thing that is really different is that Koreans, including me, if we email or contact someone, we expect a reply right away,” Shin said. “If I send an email to SK, as soon as I click the send button, I make a phone call to the SK people to tell them I sent the email and when I expect them to get back to me. Normally, Koreans expect an answer within a few hours. You can answer them that you cannot reply right away, but say you will get back to them in a few days or a few hours. It’s important to update your status, and they will understand. A Korean expects updating status, even though something isn’t done. We have a harder time if there is no reply.”

Efficiency is expected in other areas as well.

“Dong-A was our first foreign start-up in the U.S. for Martin,” Thompson said. “We learned adopting American work culture was met with resistance. We are on our fourth director of the manufacturing facility. They see when something isn’t working, and they want a quick change or response. Something we might see as volatile or disruptive is not the same with the Korean work culture.”