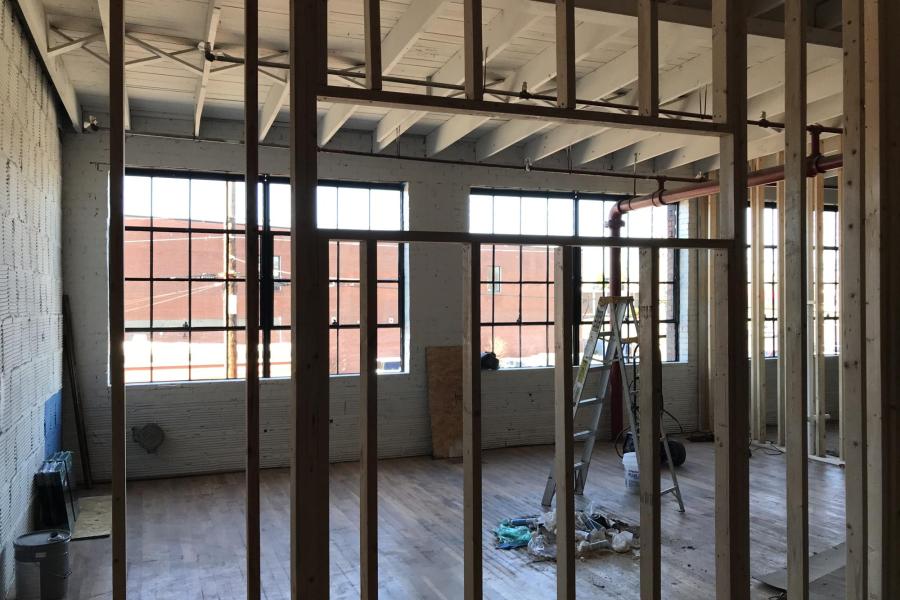 A part of Cleveland’s economic history, the former Sanda Hosiery Mill is seeing a new life providing housing to residents of downtown Cleveland, bringing the building from a prominent place of employment in community into a structure that will create new vitality in the city.

A public-private partnership has not only preserved a piece of the city of Cleveland’s economic history but also opened the door for more residential and economic development in the city’s downtown, part of a long-term redevelopment process.

In recognition of the concerted efforts made by the city of Cleveland to breathe new life into their downtown while still preserving and protecting the historic aspects that make the area unique, the Tennessee Municipal League is pleased to present Cleveland with an award for Excellence in Downtown Revitalization and Historic Preservation.

The former Sanda Hosiery Mill, also known as the Cherokee Hosiery Mill, is part of the larger Old Woolen Mill District where numerous woolen mills and factories served as major employers from the late 1800s into the modern area. The Sanda Mill only closed operations in 2002 and served various uses until a public-private partnership between the city of Cleveland and Knoxville-based Lewis Group Architects planned to revitalize the former mill building into housing for Cleveland’s downtown.

Located on the National Register of Historic Places, the former mill building provides a great opportunity for residential development in downtown, helping grow the live portion of the city’s desire to make downtown a place to live, work, and play. By having more residents downtown, the opportunity for shopping, dining, and events expands greatly.

The more than 59,6000-square-foot mill is being turned into 52 loft apartments featuring both one and two-bedroom options. The mill project alone will nearly double the amount of apartment units available in downtown Cleveland to 111 total units. Residents of the building will not only enjoy its historic exterior but also historic interior features like reglazed windows, refinished hardwood flooring, and displays of original features including a boiler, conveyor, and the original freight elevator.

The redevelopment also fits in with the larger downtown streetscape plan approved by the Cleveland City Council as part of an overall downtown redevelopment plan. Local utilities, the city, Main Street Cleveland, and the architects worked to widen sidewalks and add additional parking, street trees, and pedestrian lighting.

The streetscape and mill redevelopment were some of the items highlighted when the city funded a Downtown Revitalization Master Plan in 2017, which was fully approved by the Cleveland City Council in 2019. In addition to being a key component to the Five Points intersection redevelopment and master plan for downtown, the mill redevelopment is already serving as a catalyst for further investment in downtown Cleveland.

The former mill building is also the eastern gateway to downtown Cleveland, and has already initiated other improvements and revitalizations on downtown properties along Edwards and Inman Street. Other redevelopment projects include the renovation of the former Cherokee Hotel into the Cleveland Summit Apartments and the recent purchase of the former Whirlpool Technology Park.