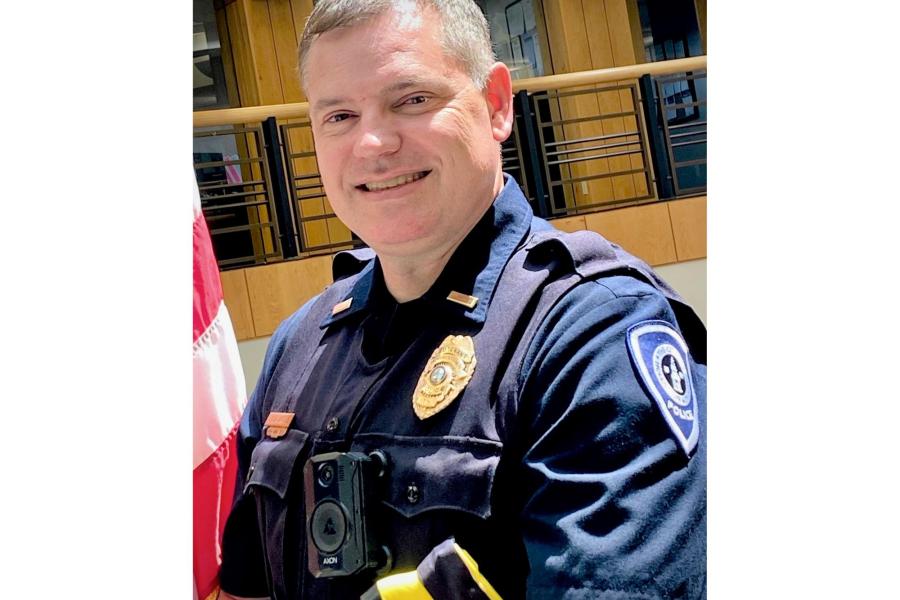 Morristown Police Department (MPD) officers are no strangers to utilizing technology to help them in day-to-day operations.  A patrol officer vehicle comes equipped with mobile computers, radar units, onboard cameras, and myriad tools to help with scene response and investigation.

In 2018, the MPD used grant funding from the US Department of Justice, Bureau of Justice Assistance to augment city funds devoted to redeveloping the department’s body-worn camera program.  Once the specifications for the cameras were determined and bids were submitted, the Axon Body Cam 2 was chosen.

MPD officers have worn body cameras in some form since 2009; however, the cameras were from multiple vendors and had different methods of operation and retrieval which led to confusion in operation, data storage and retrieval. A modern, comprehensive police body-worn camera program has to address several important issues such as privacy considerations, impact on community relationships, officer concerns, managing internal and external expectations, ensuring appropriate partnerships with stakeholders, financial considerations, technical support, and internal policies which promote program evaluation to include training requirements and proper training and data usage.

Privacy concerns have emerged with the increased use of surveillance technology.  Unlike in-car cameras, officer body-worn cameras allow for recording of sensitive situations such as interviews with sexual assault and abuse victims as well as footage inside private residences.  These cameras capture both audio and video recordings and provide close-up images of individuals and incident scenes.  The MPD partnered with the district attorney’s office, juvenile court, community leaders, and other stakeholders to develop policy and procedures which balanced the need for appropriately documenting events to provide evidence for court proceedings and case adjudication with transparency in our operations and lawful compliance to the Tennessee Public Records Act.

Comprehensive policies regarding the recording of police and community member interactions are bound to have an impact on those relationships.  Officers were trained to inform individuals that they are being recorded when reasonable.  These notifications often serve to diffuse tense interactions with individuals.  In addition, supervisors are required to periodically review officers’ camera footage to evaluate officer/citizen interactions and address any concerns.

Community support for this program was encouraged through in-person forums to discuss the MPD’s enhanced use of body-worn cameras including how they were to be used and to outline the benefits of the program.  MPD’s jurisdiction includes demographics which consist of approximately 20 percent Hispanic and 12 percent African-Americans.  The department also reached out to leaders in these communities to gain input from minority populations regarding the policies and guiding principles of a body-worn camera program which serves to effectively enforce laws and statutes while maintaining public respect.

It stands to reason that as a department implements additional technology to be used primarily by first-line officers there will be concerns by these officers about what additional tasks they will be expected to perform and how the information will be used both in court and by department administrators.  With the MPD’s previous body-worn camera program, we saw varied buy-in from officers and line-level supervisors.  Many viewed the cameras as an opportunity to “prove they are doing the right thing” and believed that the data would help exonerate them in the event of a complaint.  Others viewed the cameras as an intrusion and another example of the additional pressures placed on officers in a time when the use of technology is at an all-time high with an increasing list of gadgets which add burdensome tasks and time to their shifts.  Supervisors and administrators worked hard before and during implementation of the new program to send a unified message reassuring officers that they have the trust of the department behind them as they perform their duties and these tools will be used not only as a supervisory tool but, to serve as a teaching tool and to identify and recognize outstanding performance by our officers.

Axon body-worn cameras have proven to be a vital tool in enhancing transparency and helping MPD officers serve their community with confidence.