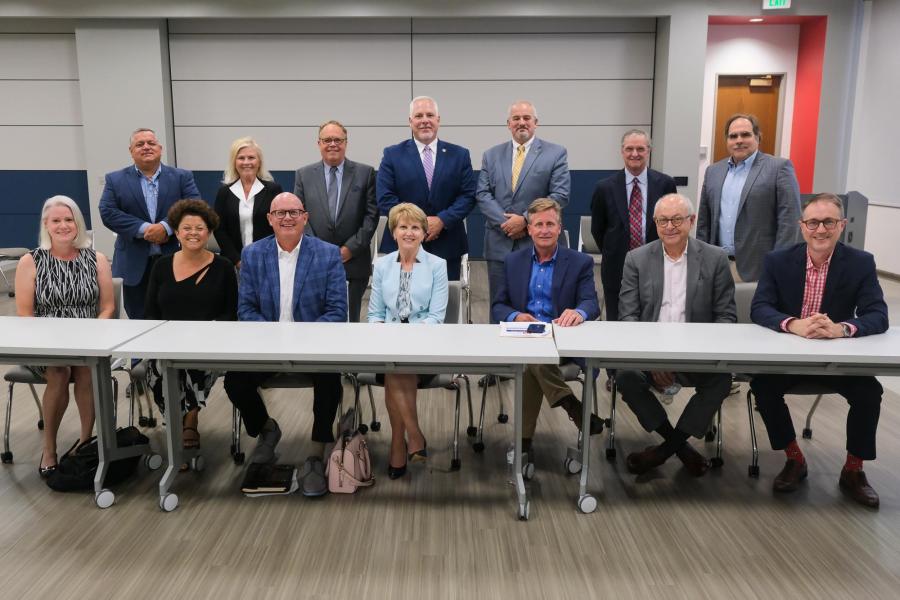 Members of the Tennessee Opioid Abatement Council at their inaugural meeting.

A state council that will help determine future spending of Tennessee’s more than $600 million share of federal opioid settlement funds held its first meeting where requirements for use of program funds and timelines for disbursal were among the topics of discussion.

The recent House Bill 1132/Senate Bill 558, signed into law by Gov. Bill Lee, created Tennessee General Assembly in Public Chapter 491 the Opioid Abatement Council whose function is to serve as trustees of funds received by the state for the purpose of opioid abatement and determining what programs local governments and state agencies can use those funds for. The council held its first meeting in July.

The Tennessee Attorney General's Office has compiled answers to some frequently asked questions regarding how settlement funds will be allocated, timelines for allocation, and other queries for municipal leaders.

“All of this dates back to the opioid settlements with multiple companies who agreed to settle suits based on the fact that some of their practices led to misuse of addictive medications,” Moore said. “This settlement is their way of paying back and trying to help be part of the solution to stopping the opioid epidemic and addiction.”

Members of the council include two sheriffs, several medical doctors, a TBI official, a judge, a district attorney, and those who work in addiction treatment and recovery. Moore said council members bring important expertise in the opioid epidemic to the table.

“They are in the day-to-day battle lines,” Moore said. “People like judges and sheriffs are on the frontlines of this problem.”

Mary Shelton, director of behavior health services at the division of TennCare, was also selected at the council’s July meeting to serve as the executive director of the abatement council. Shelton has more than 26 years of service to the state of Tennessee. She will coordinate with the council to schedule meetings as well as provide data and information about the opioid crisis and programs available in Tennessee.

“The committee will be determining what type of organizations and programs qualify for the use of this money,” Moore said. “That list is being populated, but hasn’t been released yet. The money is specifically going into treatment that have to do with opioid addiction. The council is going to determine what those programs are and the disbursement of the money and at the same time make sure there is accountability in the process and metrics to make sure those programs addressing the issue have measurable goals that show what they are doing is working.”

As defined by the same statue that sets up the committee, abatement funds can be spent on:

Moore said funds will be distributed over an 18-year period as defined by the settlements. The funds will not come in one single deposit as those companies involved in the suit have agreed to payouts in various time periods. The funds will come from three settlements of lawsuits and two bankruptcy plans. The three settlements are with consultancy firm McKinsey, manufacturer Johnson and Johnson with its subsidiaries, and the “distributor settlement,” which includes opioid manufacturers and distributors including AmerisourceBergen, Cardinal Health, and McKesson. The bankruptcy funds will come from Mallinckrodt and possibly Perdue Pharma, whose ruling is presently in appeals. 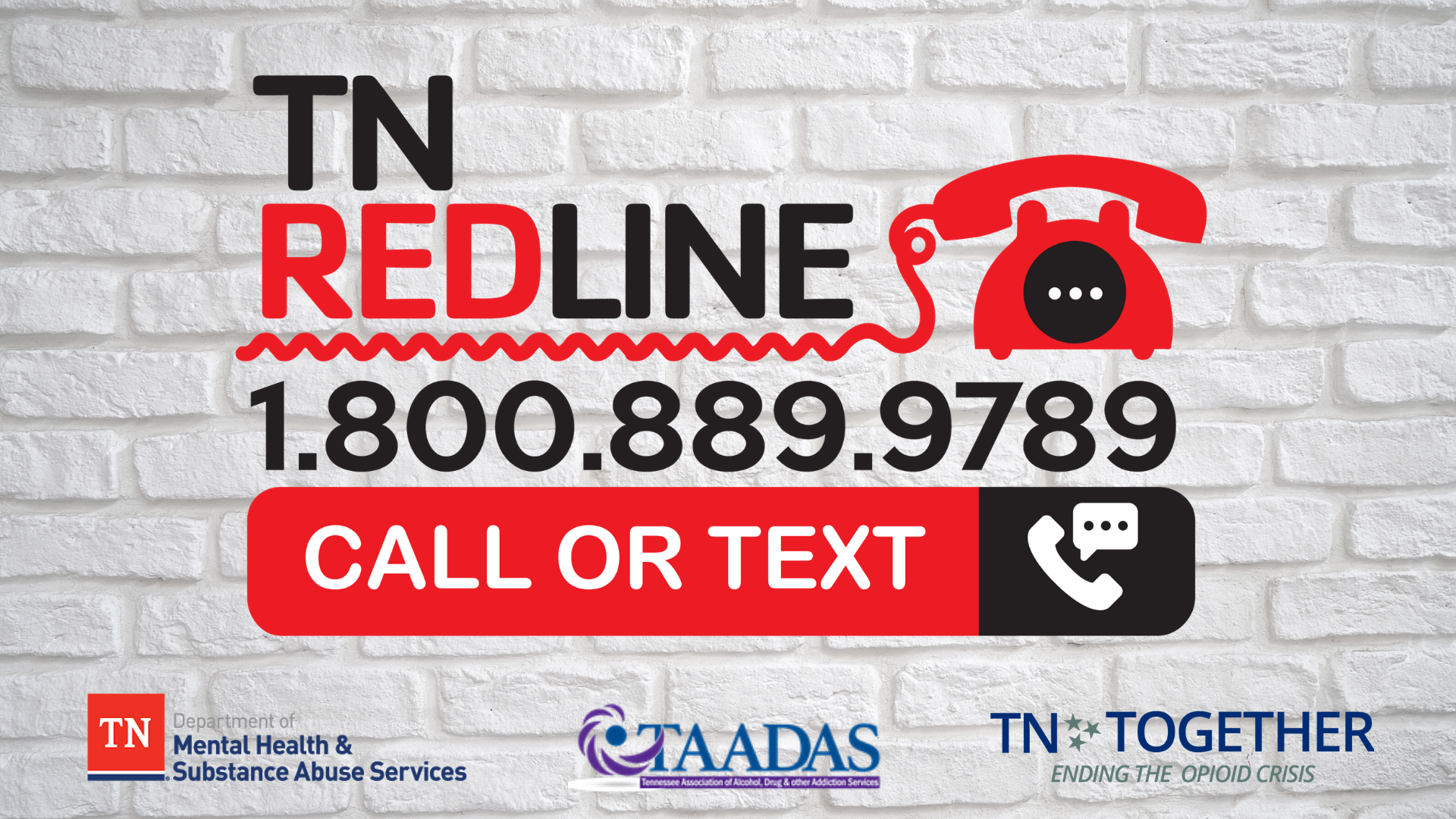 All funds will be paid into the Tennessee State Treasury where they will be held until disbursement. The first payout of funds is expected by the end of 2022.

Moore said 15% of the funds will go the Tennessee General Assembly while another 15% will go to the 151 subdivisions of cities and the state’s 95 counties based on litigated agreements. The remaining 70% will go to the opioid abatement fund, of which 35% will be directed to counties to use on programs approved by the abatement council.

Two of the settlements have local governments eligible or direct payments. These direct payments include all 95 counties, all cities with populations more than 30,000, and all cities and towns that had been part of litigation against the companies, no matter their size. A total of 56 cities will receive funds from the distributor settlement while 35 will receive funds from the Johnson and Johnson settlement.

Funds for municipalities who are receiving direct payments comes from the funds given to their respective county. While not all cities receive direct payments, the goal is for all communities to benefit with funds divided up among all of the state’s counties.

Funds being distributed to cities were determined based on population as well as the impact of the opioid crisis on the community using metrics determined by local governments. These metrics include factors like overdose death rates, opioid use disorder rates, and the number of pills entering the community.

Tennessee Attorney General Herbert H. Slatery III said the work of the funds and the opioid abatement council are steps in the right direction for tackling the opioid crisis.

“This has been our goal all along,” Slatery said. “To get significant funding into the hands of people and organizations who have the experience and expertise to know what is specifically needed for opioid abatement in our communities. We are finally there. The money is coming in and we have an impressive group of people on the Opioid Abatement Council dedicated to finding the best use for these funds. We want the money to go to programs and projects that we know will work, will move the needle on mitigating this crisis.  That process is now underway.”

With growing issues surrounding fentanyl, Moore said his hope is that the opioid abatement council can provide solutions for those struggling with addiction.

“We are in the middle of a substance disuse or opioid epidemic, which has particularly been heightened by the introduction of fentanyl into the equation,” Moore said. “Fentanyl is killing many Tennesseans as we speak, and is one of the major causes of death. My hope for the council is that we will develop a system of distributing the money that addresses the problem in a fashion that addresses the use of opioids and returns people to a normal life without addiction.”