Lawmakers: Truth in Sentencing shows Tennessee is tough on crime 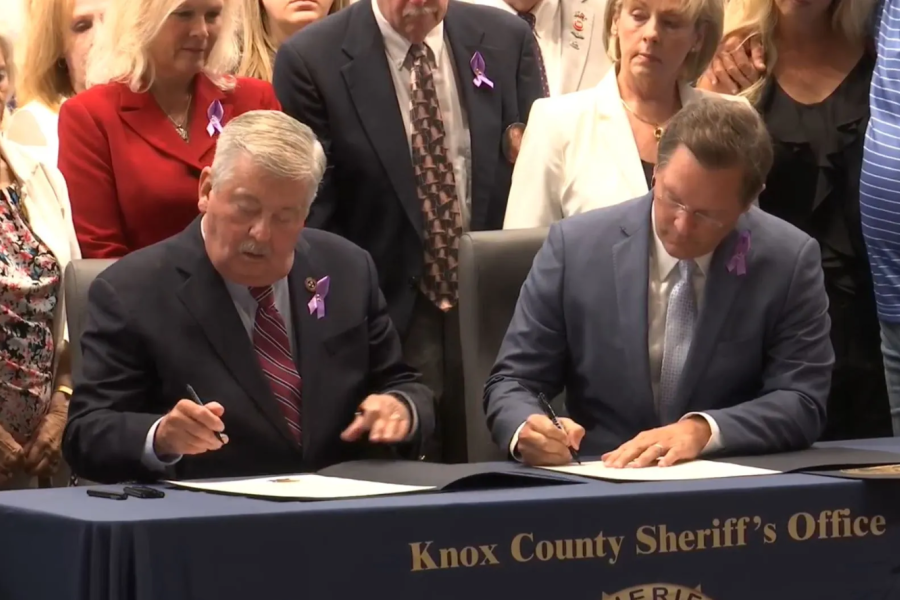 After going into effect in July, lawmakers are confident Tennessee’s new truth in sentencing law will reduce both violent crime and the likelihood of recidivism in the state.

Lt. Gov. Randy McNally, R-Oak Ridge, said truth in sentencing has been a topic of discussion for members of both the House and Senate for a number of years.

“It came together slowly over a very long time,” McNally said. “I have always been interested in the prevention of crime, detection of crime, and punishment. Speaker Sexton and I have very similar philosophies on law and order, and I have always felt that being tough on crime also prevents recurrence of crime. It really was a natural outgrowth of my experience and support of victims. We often forget about the victims. We have seen so many victims and victims’ families that were essentially lied to when they hear that the sentence for a perpetrator is 30 years, but the person ends up serving usually less than 10 years. It’s not right, it’s not fair, and it’s not in their interest; It’s only in the interest of the criminal.”

House Speaker Cameron Sexton, R-Crossville, said the legislation came from meetings with law enforcement and district attorneys conducted as part of lawmaker tours of the state.

“We wanted to have conversations with them to learn how we can help them do their jobs,” Sextons said. “One of the things we kept hearing over and over again was that violent criminals were getting out early, and they were having to rearrest the same people. It was just a revolving door. That got us to focus on violent criminals, defining what violent crimes are, and what we can do to keep these people in jail longer so police officers could keep their communities safe.”

Before the passage of the bill, offenders could earn up to 54 days off each year of their sentence for good behavior. The new bill requires stiffer sentences for some of the most violent crimes that do not already require maximum sentences, many of which lawmakers said law enforcement, victims, and their families felt were not being punished as strictly as they should.

Sen. Jon Lundberg, R-Bristol, who co-sponsored the bill, said there was also concern that similar crimes were not being sentenced the same way in different areas of the state.

“Sentences vary so wildly,” Lundberg said. “If you commit a crime in Knox County, the same crime committed in Shelby County, Sullivan County, or Davidson County could have wildly different sentences,” he said. “More than that, not only could the sentence be different but those people could get out based on good behavior and sentence credits at vastly different times. A few years ago, the governor had a criminal justice reform package, and there were a number of us who had some concerns about what he was proposing. So we said let’s put truth in sentencing out and make it truly truth in sentencing. What we mean by that is just what we passed. The judge can sentence you to eight years in Knox County and 10 years in Shelby County, which is fine based on the circumstances. However, eight years is eight years on those crimes.”

Cost was another major concern of lawmakers. The bill came with a fiscal note that it would increase the state’s incarceration costs by more than $25 million per year. However, McNally said that is a small price to pay for the safety of Tennesseans.

“At the end of the day the need for the legislation outweighed the concerns about the cost,” he said. “After all, what is the price for safety and how much is the quality of life for a victim or their family? I would submit those are worth quite a bit more. I am, of course, a very strong fiscal conservative, but this was a cause where I felt the legislation was necessary and extremely important.”

Reducing recidivism is one of the major goals for the new legislation.

“We have a big problem with recidivism, and there are two ways of preventing it,” McNally said. “With violent offenders, it is stricter sentencing and with the non-violent offender it is rehabilitation. There are people in our society, unfortunately, who are psychopathic or sociopathic and do whatever is convenient for them. They will repeat that behavior again and again. There are some people that feel we need to give a lesser sentence for good behavior, but I am of the opinion that we need to give additional sentence for bad behavior.

Lundberg said he is hopeful the law will send the message that Tennessee is tough on crime.

“Some people said this is too hard of a sentence or that it’s too much,” he said. “My response to that is that if word goes out in Tennessee that boy, we’re tough on crime and this isn’t where you want to commit crimes, I’m OK with that message being sent out. What we want to do ultimately is to not put people in prison or in jail. The way to do that is not to lessen their sentence but to keep them from committing the crime altogether. I hope this has enough exposure that the prison population will not go up and go down, that it just has a downward trajectory.”

"You can just see the career criminals who started when they were juveniles, who keep reoffending and get out early,” Sexton said. “You think about the number of crimes being committed and the number of victims who wouldn’t be there if they hadn’t gotten out early. We also have data from the U.S. Sentencing Commission Report from 2020 that shows sentences longer than 10 years reduce recidivism by 45% or more, and that is without any rehabilitation program. What we are looking at is holding criminals more accountable, and protecting the public. We think recidivism will go down and the number of crimes will go down because when you have a severe punishment, I think criminals are less likely to commit those crimes.”

Lundberg said he has already had feedback from victims’ families praising the law.

“We have had feedback from both sides,” Lundberg said. “From the victims’ side, I have heard lots of thanks because now they know someone will be behind bars for a certain amount of time. I also think it provides clarity for a number of different groups. One is for the victims and believe it or not, it also provides clarity for the perpetrator. Before they would ask the judge when they would be eligible to be released, and a judge couldn’t answer that because there were too many factors going into that.”

McNally said recent news stories show why this law is needed in Tennessee.

“The main goal is to keep citizens safe,” McNally said. “The recent news out of Memphis is all you need to see about why we need this legislation. There are hardened criminals out there who simply are never going to be reformed, and we need prisons and to make sure they stay in prison.”

Lundberg said lawmakers will continue to evaluate the truth in sentencing law and its effectiveness in the next few years to show that it is working to reduce crime and recidivism.

“Ultimately, our job is to make people safe in Tennessee wherever they live,” he said. “It truly does bring what it says, truth in sentencing across the board.”