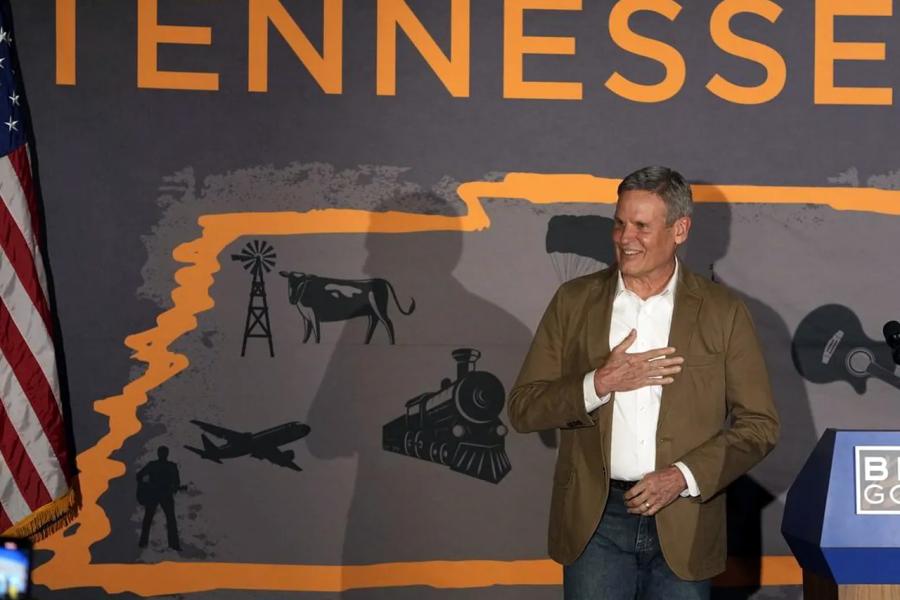 Incumbent Tennessee Gov. Bill Lee addresses his supporters at his campaign headquarters in Franklin after winning the gubernatorial race.

The state of Tennessee has one new member of its congressional delegation while incumbents dominated other federal races and the gubernatorial contest.

In perhaps what was the most contested federal race, Republican Andy Ogles defeated Democrat Heidi Campbell for the U.S. House District 5 seat with Ogles garnering nearly 56% of the vote to Campbell's 42%. Ogles, who presently serves as Maury County mayor, will take the seat that was formerly held by Democrat Jim Cooper who decided not to seek re-election following redistricting. 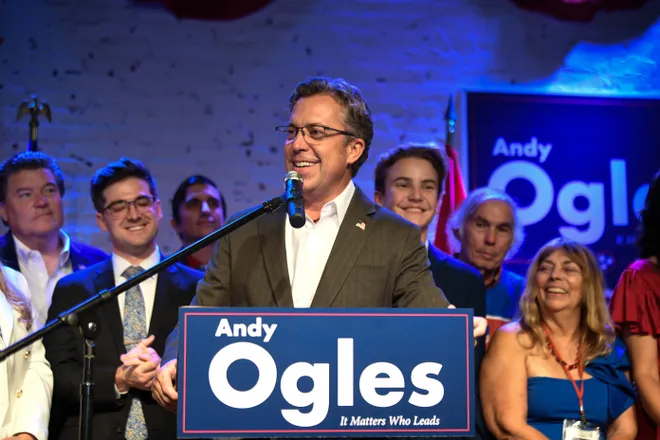 In other federal races, the remaining eight U.S. congressional seats for the state of Tennessee were retained by incumbent candidates. With Ogles election, U.S. Rep. Steve Cohen becomes the only Democrat among Tennessee’s nine-member congressional delegation.

Incumbent Republican Bill Lee defeated Democratic challenger Jason Martin and other eight independent challengers for governor. Lee garnered nearly two-thirds of the vote (64.9%) of the vote while Martin earned nearly one-third (32.9%). The remaining 2% was spread among the field of seven other independent candidates.

With the death of State Rep. Barbara Cooper, D-Memphis, prior to the election, the State House 86 race will also see a new face. The oldest serving lawmaker in the Tennessee Legislature, Cooper’s funeral was held Saturday. The Shelby County Democratic Party will decide who will fill Cooper’s seat.

Tennesseans also decided the results of four statewide referendums that would amend the Tennessee Constitution with all four amendments passing. The first referendum would add the state’s right-to-work law to the state constitution. The measure received approval from 70% of voters with nearly 30% against.

The second referendum question regards the transfer of power if the governor should become unable to perform his or her duties. Voters approved the measure with 74% voting for it and 25% against.

The third referendum would outlaw slavery or involuntary servitude in the state of Tennessee.  Tennessee is one of five states that had a referendum of this nature on the ballot this November. The measure was approved with 79% of voters for and 20% against, the widest margin of any of the four amendments.

The fourth referendum is to repeal an old law that forbid ministers from holding a position in the Tennessee General Assembly. A little more than 63% voters cast their ballots for the measure while 36% voted against, making it the amendment with the narrowest margin of victory.