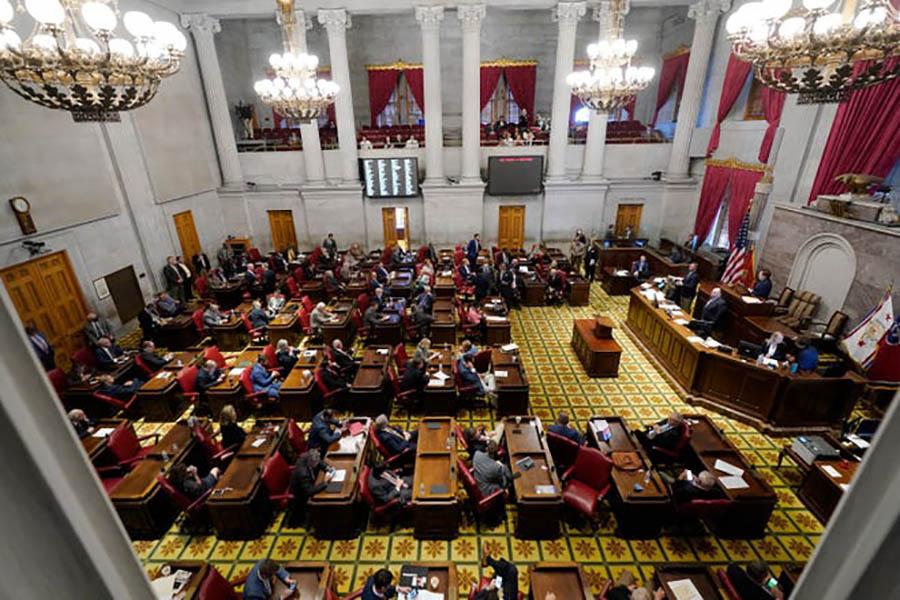 State lawmakers returned to Nashville earlier this month to reconvene for the second session of the 112th Tennessee General Assembly.

Among the top issues expected to be addressed this session are adopting redistricting maps for state Senate and Congressional districts, recalculating the BEP education funding, and the state’s surplus budget and spending plan.

Proposed redistricting maps were released the first week legislators were back in session. One of the most controversial portions of the maps is the splitting of Nashville into three congressional seats. Both chambers must approve the plan before it goes before the governor for final approval.

Gov. Lee is expected to release his spending plan and budget for the remainder of this year and for the next fiscal year on Jan. 31, when he delivers his State of the State Address before a joint session of the Tennessee General Assembly.

TML has been working with members of the Administration and legislators to build support for the League’s  2022 legislative agenda. Prior to the start of the 2022 session, TML Executive Director Anthony Haynes and Deputy Director Chad Jenkins met with Senate Chairman Richard Briggs of the Senate State and Local Government Committee and House Chairman John Crawford of the House Local Government Committee to review key pieces of TML’s 2022 legislative agenda.

To learn more about TML’s legislative agenda go to the https://www.tml1.org/2022-tml-legislative-priorities-and-advocacy-mater…