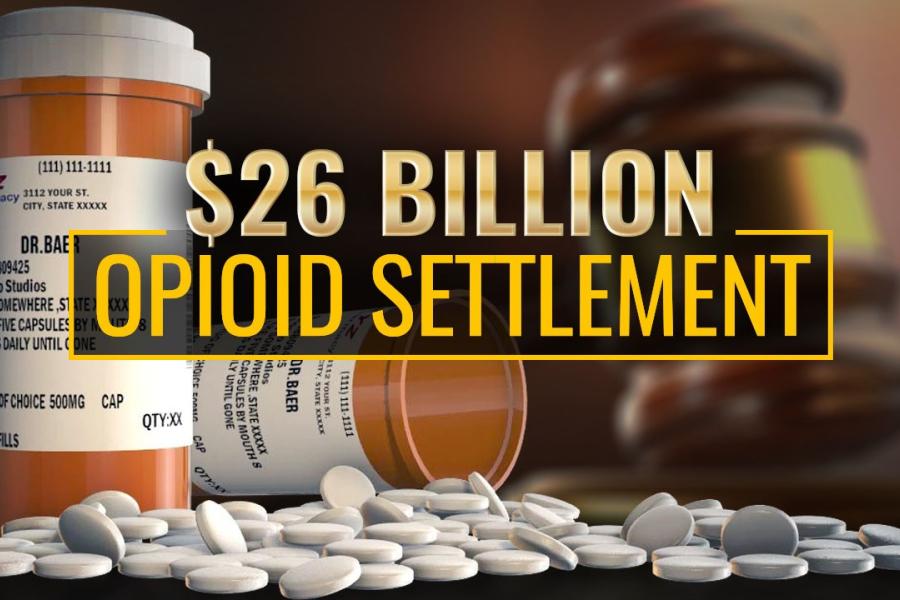 Tennessee Attorney General Herbert Slatery announced a key milestone in the $26 billion opioid settlement that could provide some financial benefit to municipalities across Tennessee.

With 52 states and territories and thousands of local government entities signing on since July, a settlement with the nation’s three major pharmaceutical distributors – Cardinal, McKesson, and AmerisourceBergen – as well as Johnson & Johnson over their role in fueling the opioid epidemic.

In Tennessee, more than 150 local governments have joined the settlements, including every county and all cities with populations of 25,000 or more. The $26 billion deal is the second-largest product safety settlement in U.S. history, only exceeded by a similar settlement with cigarette makers.

Settlement funds will be paid out of a period of 18 years per the agreement with $23.9 billion of the $26 billion settlement going directly to “abatement” of the epidemic and the rest covering legal fees. The state of Tennessee could see an estimated $600 million to fight opioid addiction from the suit.

“We have every reason to be encouraged: we have impressive participation, nationally and locally, to get this settlement across the finish line,” AG Slatery said. “There are really too many people to thank, but a point I want to emphasize is the way my AG colleagues from very different political positions put those differences aside and worked really hard to tackle a problem common to all states, territories, and localities.  Another key factor was how the Governor’s team, the leadership and legislative sponsors in the General Assembly, and the local governments acted quickly to put a structure in place to effectively use the settlement funds.”

Gov. Bill Lee said the funds will be an important resource for communities dealing with the impacts of the opioid epidemic.

“Every Tennessee family has felt the devastating impacts of the opioid crisis, and thanks to a united effort from state and local partners, significant relief is on the way,” said Gov. Lee. “I’m grateful for Attorney General Slatery’s strong leadership in securing these resources that will help thousands of Tennesseans recover and spread hope in our communities.”

Tennessee Commissioner of Mental Health and Substance Abuse Services Marie Williams said the funds are a step toward helping those struggling with addiction.

“We are incredibly grateful for the hard work Attorney General Herbert Slatery and his team have put in on this monumental task to make sure that Tennesseans will be able to access effective, quality treatment services in response to the addiction issues caused by the opioid crisis,” Williams said. “The partnership behind this settlement with support from our Governor, our General Assembly, our department, and our resilient and talented substance use disorder treatment providers across the state is going to build a brighter day for Tennesseans who are addicted to opioids.  We know that treatment works, and we stand ready to help these men, women, moms, fathers, sons, and daughters return to fruitful, productive, healthy lives in communities across our state.”

Last year, a similar settlement was reached the case of the “Sullivan Baby Doe” suit between several Northwest Tennessee counties and an unnamed baby born with neonatal abstinence syndrome (NAS) after the sole remaining defendant in the case – Endo Health Solutions, Inc., and Endo Pharmaceuticals Inc. – agreed to a $35 million settlement. After legal fees are taken out, the $35 million settlement will be shared among the counties involved who will then work with municipalities within those counties to disburse settlement funds. Hawkins County officials recently announced a plan to use the funds, working with other local government entities, to establish a regional drug treatment and recovery center and help expand local drug courts.

In 2021, the state of Tennessee again saw an increase in the amount of fatal overdose deaths with 2,089 Tennesseans whose deaths involved opioids. These deaths were largely driven by illicit fentanyl and stimulants. Prescription opioids were the leading cause of overdose related deaths with those most likely to die from an overdose being between the ages of 25 and 44.