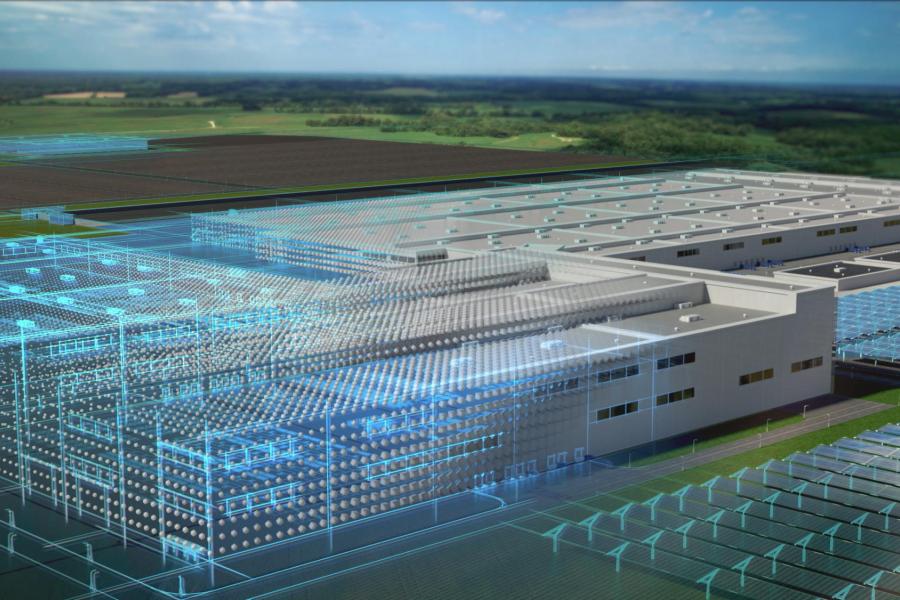 Memphis Regional Megasite Authority CEO Clay Bright and Member Michael Banks were on hand to discuss the authority’s role in the development of the Blue Oval City project during the second in a series of community meetings held by the Tennessee Department of Economic and Community Development (TNECD).

Before his appointment to serve as CEO of the authority, Bright served as commissioner of the Tennessee Department of Transportation (TDOT) and spent 20 years in the private construction industry in the Nashville area. In addition to being a board member on the authority, Banks has been the attorney for the Memphis Regional Megasite since 2011 as well as the municipal attorney for the city of Brownsville and town of Stanton and county attorney for Haywood County.

Bright said officials with Ford Motor Company indicate they plan to break ground on the Blue Oval facility by mid-March of this year.

“This is part of phase one, which includes a paint facility and workshop, the assembly plant itself, and battery plant,” Bright said. “They will be bringing in rail from CSX on the northwest corner. Phase Two is another assembly plant and battery plant. The order of magnitude is what blows me away. As far as what Ford is building, at some point they told me they’ll have 60 million square feet under a roof. One of the buildings in the battery plant is 3,000 feet long and 3.6 million square feet. They plan to start delivering cars the first of 2025.”

To ensure these buildings move forward, the authority is working with Ford and the Tennessee State Fire Marshal’s office to ensure all the structures are up to fire and building codes. The authority is also working on zoning for the megasite that will encompass everything from flight levels and noise to ensuring Ford can operate childcare, healthcare, and other company amenities as part of their facility.

Bright said the authority and Ford are also working with Southwest Electrical and Chickasaw Electrical – two electric co-ops who split the megasite – and TVA to ensure service is ready to go. A 45-acre portion of the megasite itself will be set aside for TVA to build an on-site power station. A second section not being used by Ford for its plant or affiliates will be used by the TCAT on about 30 acres. TC Energy, ANR, and Brownsville utilities are also working with the authority and Ford to provide natural gas.

In ensuring the site is ready to meet Ford’s timeline, Bright said his role at the authority is not too different from being a city mayor.

“Really what we are doing as far as the authority is concerned is what you as mayors are doing every day,” he said. “My focus is mainly within the property lines and boundaries of the megasite, which is 4,100 acres located off Exit 42. We are also trying to help ECD and the surrounding areas in how we can. We have deliverables that are within the lease that have been committed to by the governor to Ford.”

Banks agreed that the authority’s role is not unlike those functions undertaken by a city.

“The megasite authority is very close to a city or county government, and I would say is closer to a city government,” Banks said. “Basically, we are an industrial development board who can grant pilots and leases to projects out there. We are a planning commission who does setbacks and height restrictions, and like a board of zoning appeals in some ways. We also are like a county utility district providing water and wastewater.” 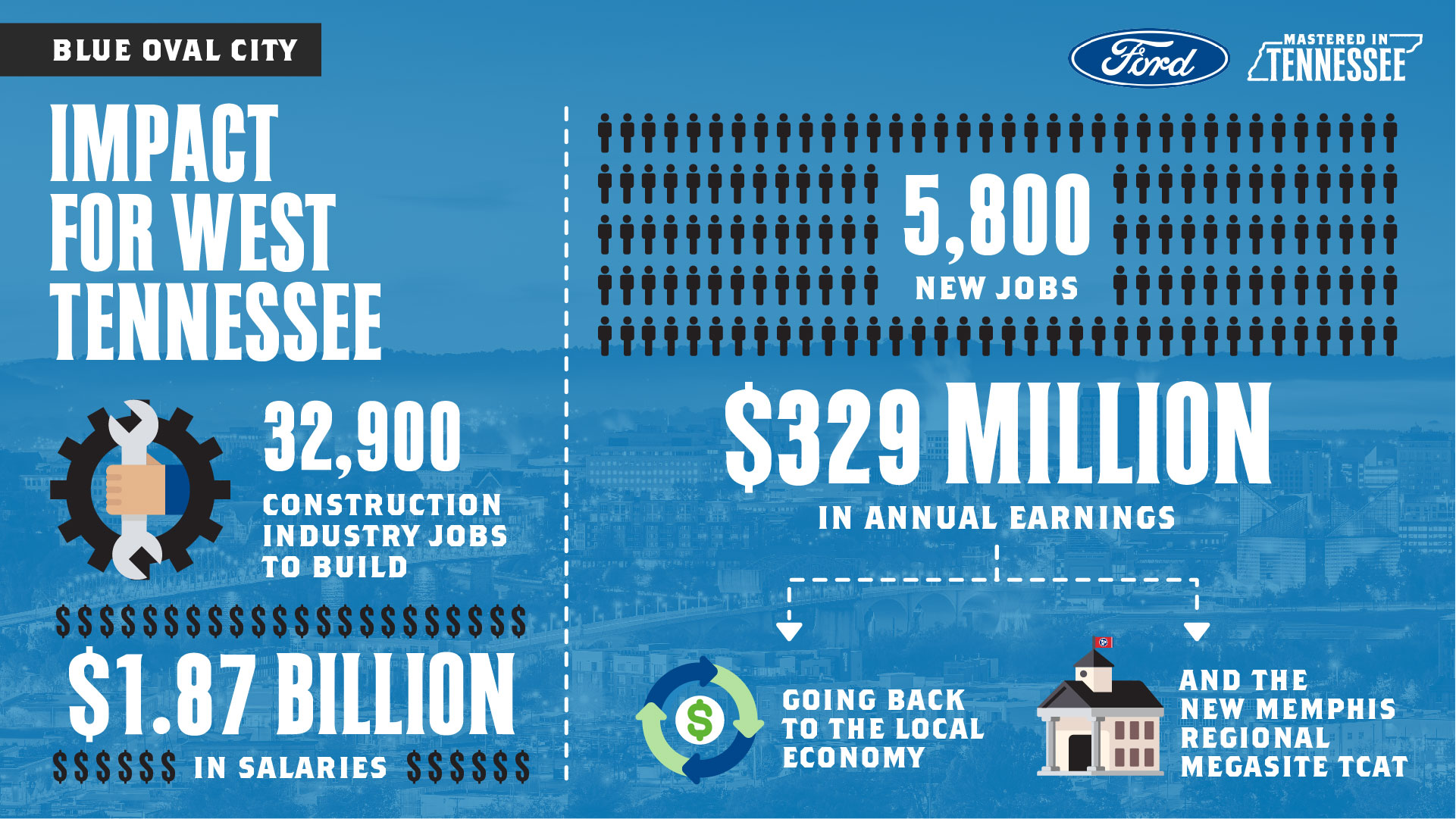 There are two major deliverables that the state has committed to: installing water and wastewater infrastructure and making sure that roads leading to and from the site can accommodate traffic. This work has already begun with a wastewater pipeline and pump station underway near Covington.

“That has already been let for construction and the groundbreaking should be fairly soon,” Bright said. “The other part of that deliverable is a water and wastewater treatment plant that includes another storage tank to handle some of the waste. The water will have seven wells, and the plant will be able to furnish 7 million gallons a day. The wastewater treatment plant along the pipeline will be able to handle 5.1 million gallons a day. The water and wastewater are supposed to come online sometime in 2023.”

Legislation does not allow taps onto the pump or water and wastewater facilities being built for the plant. Bright said the facilities will only be able to handle the needs of the Ford site.

Bright said there will be third-party operation of the water and wastewater plant. That will go out to bid within the next year, which is being held by the Department of General Services. Construction is expected to start in March of next year. The TCAT will be operated on a septic and well site because of the difficulty of connecting it to the water and wastewater pipeline.

The authority is also working with TDOT and other state agencies on the second deliverable: roadways to allow access to the site.

The first phase of the TDOT work will focus on a new interchange at mile marker 39 on Interstate 40 and a connector route that heads north and then due east before becoming part of State Route 222. This connector will bisect the megasite, and is pledged to be completed by the state by January 2025. Bright said the authority is working with both Ford and the Federal Highway Authority (FHA) on to meet the needs on I-40.

“We are trying to get final traffic simulation studies from Ford understanding exactly how their site lays out and what they need,” Bright said. “We are also trying to estimate the potential future needs of industry and what is built out by that interchange. We are not exactly sure what that interchange will look like, but we are letting the data guide what the design needs to be long-term. I believe the work on the interchange will begin sometime in 2023.”

TDOT will be completing 11 miles of new roadways as part of the state’s commitment to Ford. A second phase of roadway projects to be completed by 2026 include the construction of State Route 194 north up to State Route 1/Highway 70 in Tipton County and then southward to State Route 59.

Bright said the state and TDOT are also looking at widening I-40 to six lanes between Jackson and Memphis. Presently, there is consideration of a proposal using IMPROVE Act funds to expand I-40 to six lanes from Memphis to at least mile marker 25. Road widening of a similar sort is being done southward for Jackson, but Bright said it is unclear yet how the state plans to connect those two projects.

Other smaller roadways in the area may also need changes, which TDOT is looking into.

“They are taking a specific look at county roads and where they need to be,” Bright said. “We also have concerns about a bridge on State Route 222 and are reviewing what we can do to get it up to the weight limits it needs to be.”

The next Blue Oval City Info Session is scheduled for Feb. 23, 2022, at a to-be-determined location in West Tennessee. For more information, resources, and news surrounding the Blue Oval City development, visit TNECD’s new resource website for the project at https://www.tn.gov/ecd/rural-development/blue-oval-city-resources.html.