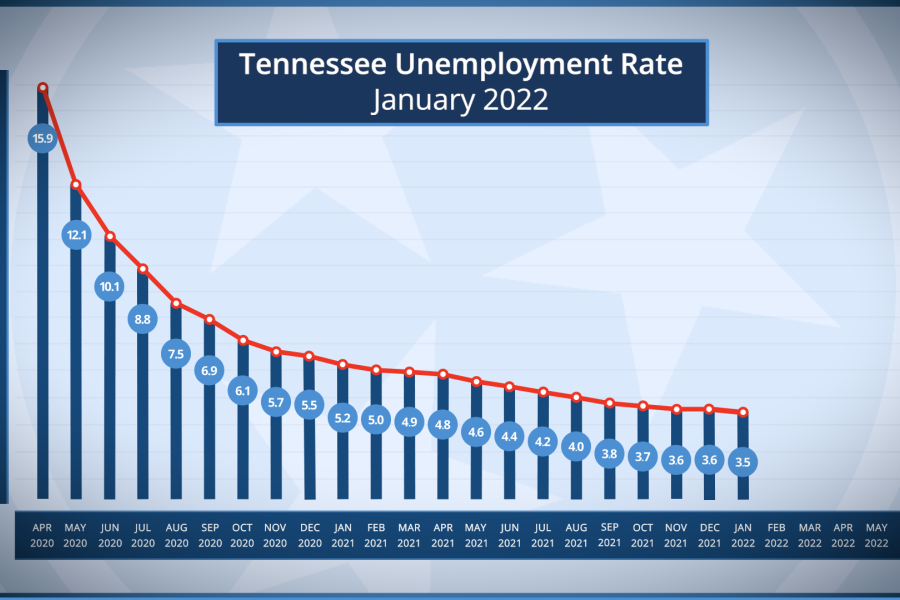 The state of Tennessee recorded another drop in statewide unemployment at the start of 2022, according to newly released data from the Department of Labor and Workforce Development (TDLWD).

January is the latest month the rate has decreased, or remained steady, since April 2020.

The seasonally adjusted unemployment rate for January 2022 is 3.5%, which is 0.1 of a percentage point lower than the revised December 2021 rate of 3.6%. This is the lowest the state's unemployment rate has been since November 2019.

Tennessee employers created 3,000 more nonfarm jobs between December and January. The largest increases occurred in the retail trade sector, followed by the professional and business services sector, and the durable goods manufacturing sector.

Over the year, nonfarm employment increased by 110,400 jobs. The largest increases took place in the leisure and hospitality sector, the trade, transportation, and utilities sector, and the professional and business services sector.

Nationally, January’s seasonally adjusted unemployment rate increased slightly to 4%, up 0.1 of a percentage point from December’s revised rate. The 2022 rate is 2.4 percentage points lower than it was one year ago.

TDLWD has prepared a complete analysis of January’s statewide unemployment rate which can be accessed here.