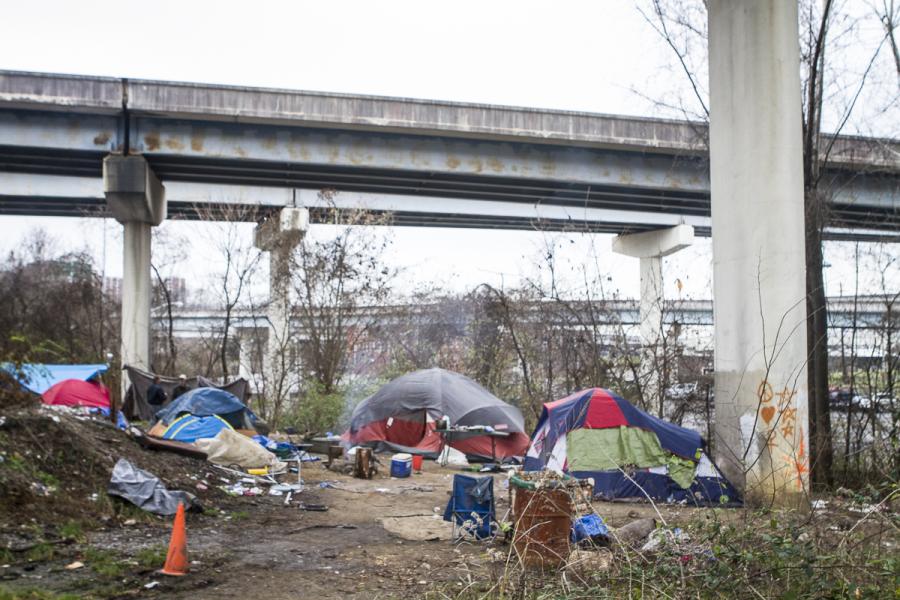 Nonprofit Built for Zero is showing how more data collection can help reduce homelessness in communities across the country. The organization helped the city of Chattanooga get to functional zero veteran homelessness through a data-driven approach.

Nonprofit organizations can be valuable partners for mayors in Tennessee and across the nation who are working to solve issues surrounding homelessness in their communities.

NLC hosted a webinar “Survey Findings on Mayors and Homelessness: Challenges, Opportunities, and Solutions” to discuss how local governments can work with community-based initiatives to find effective solutions to this problem.

One participant in this discussion was Jake Maguire, the co-director of Built for Zero, a community-based solutions approach to homelessness that has formed a network of 90 city and county governments nationwide. The goal of the organization is to help communities bring the amount of chronically homeless and veteran homeless individuals to zero. So far, 14 communities partnering with the organization have met this goal.

“Communities often start by thinking about technical intervention like do we have enough housing or do we have the right services,” Maguire said. “Actually, the thing that is needed to make those kinds of things add up to a result is by putting them into the right kind of operating system or management system.”

In his experience, Maguire said successful communities are those who have:

Many cities have numerous nonprofits, social service agencies, and other groups that touch issues of homelessness in some way, but they are separate entities with different revenue streams who rarely report to each other or a single group.

“One of the first challenges for a mayor is how you exercise meaningful authority over a problem with a landscape of actors I have to work my way through,” Maguire said. “Because the landscape of authority is so fragmented in communities there is often no integrated approach to solving this problem. If you are a mayor who is trying to streamline processes and make services effective and clear you run into the challenge right away of such a fragmented landscape of authority. Because no one person is formally in charge, the pieces are sort of thrown together in a slap-dash manner that is not designed to create any kind of outcome.”

Mayors across the nation have reported they feel there is a lack of data surrounding homelessness in their communities, which can make it difficult to measure if efforts to solve the issue are actually working. Rather than one-a-year point-in-time surveys done on the street, Maguire said taking month-over-month data can paint a clearer picture of issues in a community and show whether or not programs are working.

“Homelessness is an incredibly dynamic problem that changes night-by-night,” he said. “I think we treat it often like a static policy problem that if we pass a new law or spend money in a new way we will suddenly see the problem go down. It actually has to be managed in a much more real-time way.”

One city Maguire said has utilized data to change how it addresses homelessness with success is Chattanooga.

“They were working on reducing and ending veteran homelessness; they set a clear goal there,” he said. “As they moved from a once-a-year point-in-time count to month-over-month data they were able to see that number decrease. They dug into that data and started to see where some of the leverage points might be. They identified landlords outreach and bringing more Section 8 landlords to the table. They found processing improvements so as they brought those landlords to the table they could process things more quickly. With relatively little infusion of their resources they were able to significantly reduce veteran homelessness.”

A lack of funding and inadequate resources are another challenge many communities face, but Maguire said inflexible resource streams can also be a problem. The result is city leadership and citizens can be become frustrated or burned out on the issue and look for short-term solutions that may eliminate evidence of the homeliness problem but do nothing to resolve the problem itself.

The model set up by Chattanooga also allowed an action structure for officials to take action if homeless numbers began to spike again. By identifying inflow and outflow, they were able to identify individuals who had not found success in certain programs or situations and had found their way back into the system. Finding that two programs were being overloaded, the city was able to work with other nonprofit organizations to help share resources and burdens to rebalance ratios.

In January 2020, Chattanooga was proud to announce they had reached functional zero for veteran homelessness.  The city even received accolades from the U.S. Department of Veterans Affairs for the achievement.

“This achievement is proof that functional zero is within reach anywhere public, private and non-profit partners use data to deploy the right resources at the right times to the right Veterans,” said ​Secretary of Veterans Affairs (VA) Robert Wilkie.​ “Through ongoing collaboration, VA, the U.S. Department of Housing and Urban Development (HUD), and community-centric organizations such as the Chattanooga Regional Homeless Coalition have helped more homeless and at-risk veterans secure and remain in stable housing in recent years than at any other time in history. The VA remains committed to building on this remarkable progress.”