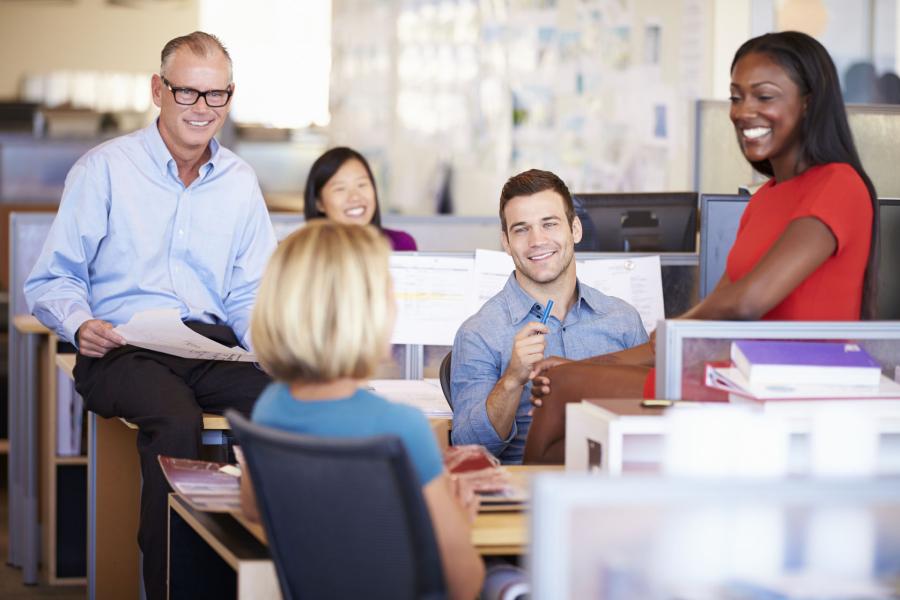 With competition from the private sector greater than ever, local governments are having to change the ways they recruit and retain employees to reflect changes in work culture.

Creating positive culture, allowing flexible work situations, supporting professional development, and financial and benefits incentives are among the strategies local governments can use to recruit and retain employees in the face of increased competition in the labor market.

Governments, especially municipal governments, have not been immune to the effects of the Great Resignation, which has seen record numbers of employees leaving their positions – or industries entirely. A recent paper published by the University of North Carolina found that many local government employees left their positions during the COVID-19 pandemic as a result of burnout, flexibility issues, or safety concerns. Retirements associated with an aging workforce have also compounded the need to recruit and retain workers.

How local governments can creatively compete with employee retention and recruitment was the focus of a webinar “The 2022 Workforce Talent Strategy: The Rise of a New Government Worker” and was cohosted by Governing magazine’s Center for Digital Government as part of an ongoing series on the Future of Work.

Fred Britain, chief information officer for the state of Maine, said governments have always faced competition from the private sector, but effects from the pandemic have exacerbated the situation.

“If we were having this conversation two years ago, we would be talking about how hard it is to recruit people because our salaries don’t compete,” Britain said. “Now, after the pandemic, there is a different story. The headline is about hybrid work and telework. We know the competition for salary is higher than ever, so it’s not necessarily about moving that salary needle. The recruitment side is a little more difficult. We have to make our organizations a satisfying place to work and to stay. That can be a little hard to communicate in a job interview.”

James Weaver, secretary for information technology for the state of North Carolina, said resignations and retirements are up across government sectors.

“The gap is continuing to widen between what the public sector can offer and what the private sector is willing to offer,” Weaver said. “We have seen the impact of the Great Resignation across the government workforce. Our office of state budget and management has seen a 20% turnover of their workforce.”

When it comes to both recruiting new employees and retaining current ones, Britain said offering hybrid work environments and more flexibility is what will make or break the deal for most employees.

“We have to be very upfront about hybrid work,” he said. “We have to be employers who are flexible about how often you need to be in the office but also when you are on the other end sitting at your home office do your hours have to be nine to five. If we aren’t going to offer that hybrid environment, they are done. They will go apply somewhere else. It doesn’t mean they will use every day we give them, but they want it available as an option.”

Weaver said governments may need to consider that some employees may fare better working completely remote while others prefer a more hybrid schedule. As a result, communication is key.

“Culturally as well what employees are starting to see is that for some the five-day remote works perfectly,” he said. “For others, they miss that human interaction and conversations that are occurring in the office. Part of my challenge as leader of the agency and with my executive team is that while those conversations are happening in the office we have to be inclusive of our remote workforce as well. We have to bring them into those discussions.”

Bonuses for recruitment, retention, and team performance bonuses as well as additional benefits can also be effective recruitment tools.

“We are reviewing how we can do things differently for leave time such as giving them an 80-hour balance from the start so that they come in with vacation time ready,” Weaver said. “More importantly, they aren’t earning leave at the starting level of an employee but we can bring them up to the top level at the beginning. There a lot of things we can do without a major financial impact. Our HR department is working with our chief financial officer about what benefits there could be and how to implement these things.”

With government jobs unable to compete with private sector salary, giving employees a sense that they are contributing to the public good can also be a major selling point.

“We are seeing more and more that there are folks who find the mission important,” Britain said. “As salaries rise in the private sector, people are coming to work for the state because they are interested in that public service role. We know we aren’t going to get them because of the salary, so we have to get them on mission. It’s important to talk about the value they provide for their neighbors when they show up for the interview.”

Managers who are invested in their employees can also determine if an employee stays or goes, Britain said.

“People aren’t quitting their jobs as much as they are quitting their managers,” he said. “There needs to be a realization that our managers are facing down culture shifts. It’s a good idea to enlist them in the conversations we are having about job retention. This could be the leadership challenge of their career. We need to invest in managers so they can be effective mentors, coaches and leaders in more ways than just getting the work done. It’s about promoting people and setting the right culture. That’s where investment dollars are worthwhile and will pay dividends.”

Britain and Weaver both agreed that the days of employees remaining in the same job from graduation through retirement are over. Instead, local governments not only have to accept but support decisions by employees to leave the public sector – with the knowledge that they may return.

It is no longer about recruiting the career employee,” Weaver said. “That isn’t going to work anymore. We have to be willing to hire individuals for about a three to five-year stint and accept that this person is going to leave for the private sector – but perhaps will come back. What we are seeing in our area is a progression of private sector employees coming back to the public sector. I hate to say it this way, but the private sector is where they make their money and they come back to that public sector for that work/life balance.”

Britain said it is better to focus internship and mentorship programs that help new recruits focus on making a longer-term career in government. Rather than seeking fresh college graduates, Britain said governments may need to consider recruiting from the high school level and technical programs for talent. Employees who have the aptitude for learning and ability to be trained may be more valuable than those with four-year degrees.

“You don’t need 10 years’ experience and a doctorate in high energy physics to be a wireless technician,” he said. “Scaling down some of our job advertisements has been important. Some of them read as ‘how dare you apply for this job.’ Also providing mentorship programs for these recruits is important.”