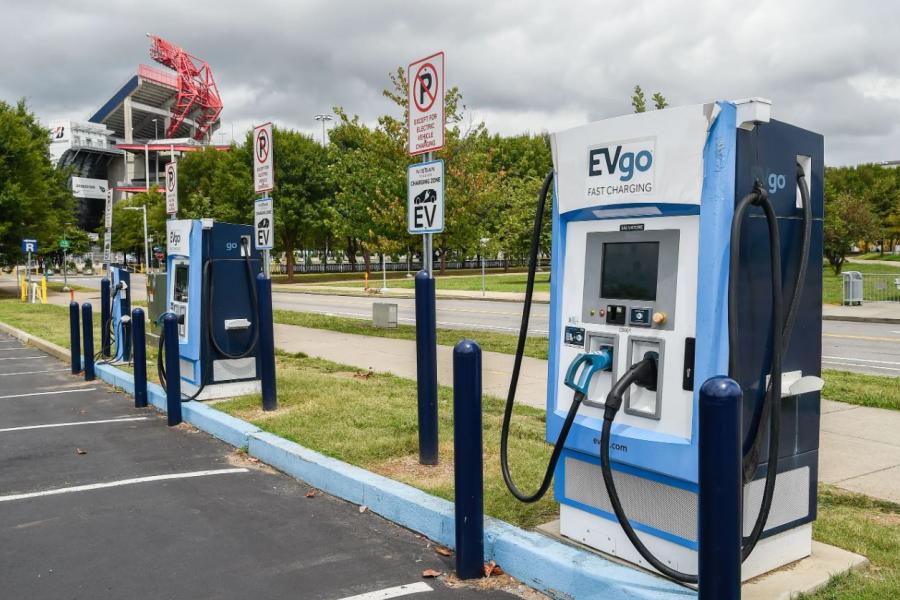 While EV charging stations are starting to pop up across Tennessee, more work needs to be done to ensure there is a network of stations able to support those making cross-state trips. New federal funding will help Tennessee - and municipalities - provide more charging options to the public.

City officials and community stakeholders are being encouraged to provide input as part of a series of meetings and an online survey conducted by the Tennessee Department of Transportation (TDOT) to help plan electric vehicle charging infrastructure across the state.

The meetings and survey are part of the Tennessee Electric Vehicle Infrastructure Deployment Plan and as part of a federal grant program from the U.S. Department of Transportation and Department of Energy to help build EV charging infrastructure nationwide. Tennessee has until Aug. 1, 2022, to submit a plan for the federal government outlining the state’s needs.

Preston Elliott, TDOT deputy commissioner with the bureau of environment and planning, said developing and promoting alternative energy along major transportation corridors is not a new concept for the state.

“Tennessee has been, as have many other states across the country, long involved in alternative fuels as part of transportation,” Elliott said. “Some of our earliest efforts really began with E-85 and biofuels in the early 2000s. Probably around five or so years ago, there was a quite a bit of effort to expand this notion of alternative fuels to really developing alternative fuel corridors and really developing a variety of options. That included electrification to compressed natural gas, propane, liquified natural gas, and hydrogen. We have had several corridors across the state that are designed as corridor ready or corridor pending under that federal designation.”

Elliott said TDOT has already been working with TDEC and the TVA as part of the Volkswagen Settlement Fund to develop electric charging stations along major corridors. A deployment plan for I-40 was developed back in the early 2000s. Now, federal funds are helping turn these plans into reality.

The new federal National Electric Vehicle Infrastructure (NEVI) Formula Program is providing federal funds for Tennessee and other states to expand alternative fuel corridors focused on EV charging stations. The main goal of the program is for charging infrastructure for at least four 150kW fast chargers to be located within one mile of a major interchange on every 50 miles of major roadways, predominantly interstate corridors like I-24, I-40, I-65, and I-75.

The NEVI Formula Program will allocate $5 billion for EV charging infrastructure nationwide with the state of Tennessee receiving more than $88 million over five years, including a little over $13 million in the current fiscal year for developing this infrastructure. Elliott said these funds will be used to “fill in the network” along the state’s major interstate corridors to ensure charging stations are meeting those federal guidelines for stations within 1 mile of an interchange every 50 miles.

As part of this process, state leadership are talking with local government officials, utility districts, private industries, and community stakeholders to assess local needs and where it is best to locate charging stations.

“The goal of the fund and the goal of the program is to take corridor pending to corridor ready with the end goal of the initiative being that citizens easily across the state without worrying about their ability to charge,” Elliott said. “Currently, charging stations exist across the state but if you look at a map, generally they are highly located in urban environments rather than rural areas that are not that densely populated. Demand has not gotten to a level where the private investment has been made in rural communities. These funds are for bridging that gap so before the transition from gas cars to electric or hybrid electric. We want to avoid what is called ‘range anxiety,’ for drivers who are concerned they will be out of range of charging.”

Local officials can participate by filling out a survey about the plan. A series of public meetings have also been held from May 2 through May 17 with a webinar about the plan available online for those who were unable to attend in purpose.

“In the end, we are trying to make sure we think about all aspects of this,” Elliott said. “As we get out there, we are discovering that there might be a particular industry looking to expand and this may be an opportunity for them. For example, public parks are an opportunity. There is criteria about placement and what is important, like if the area has restrooms or convenience access in terms of shopping. We want to know what are the most convenient things that people want to have at the charging station.”

Future planning for EV charging doesn’t end with interstate systems. Elliott said each state gets a certain amount of funds based on a government formula and then a remaining $2.5 billion in funds will be distributed as discretionary funds to finance both statewide corridors as well as community charging stations in municipalities, particularly rural and underserved communities. Elliott said these funds could help with cities developing their own charging stations by locating stations in parks, downtowns, and other areas where they want citizens or visitors to spend time while their vehicles charge.

The state of Tennessee has been manufacturing electronic vehicles since Nissan rolled its first electric car off the assembly line in Smyrna in 2013. General Motors in Spring Hill, Volkswagen in Chattanooga, Toyota in Jackson, and the massive Blue Oval City project for Ford in Stanton have made Tennessee the top EV-producing state in the South.

With more and more EVs and hybrid vehicles rolling off assembly lines across the state, Elliott said municipalities in Tennessee are already giving more consideration to how these vehicles will change both their municipal fleets and community planning and development.

“There are numerous cities in Tennessee that want to get to carbon neutral or reduce their carbon impact,” he said. “These discretionary funds will also be available to those communities trying to advance further reduction in carbon. A lot of cities have transit systems, and we have been providing funding as these cities have been converting to alternative fuels and electric vehicles. Knoxville KAT has made a sizeable investment in electric vehicles. CARTA in Chattanooga has been running electric shuttles in the state for a long time.”

While the transition will not be overnight, Elliott said the new technology will soon be changing the way neighborhoods, houses, and shopping complexes are designed.

“If you watched the Super Bowl, there was only one automotive commercial that wasn’t marketing an electric vehicle. This is really about planning for what is coming,” he said. “What you will begin to see is that as development occurs – especially mixed-used development – will be questions about where the charging stations should go. Not every community may have fast charging; they may have the next level down.  Many companies offer these stations as a perk for shopping with them. I expect standards will also change for housing. Most contractors today are probably talking to people about providing an outlet in their garage for charging.”

To fill out the survey or for more information on the state’s EV infrastructure deployment plan, visit https://www.tn.gov/tdot/long-range-planning-home/air-quality-planning/tevi.html. Those unable to attend a public meeting but want to learn more can watch a TDOT webinar on the plan at https://www.youtube.com/watch?v=VCVZ5uj3PEg.