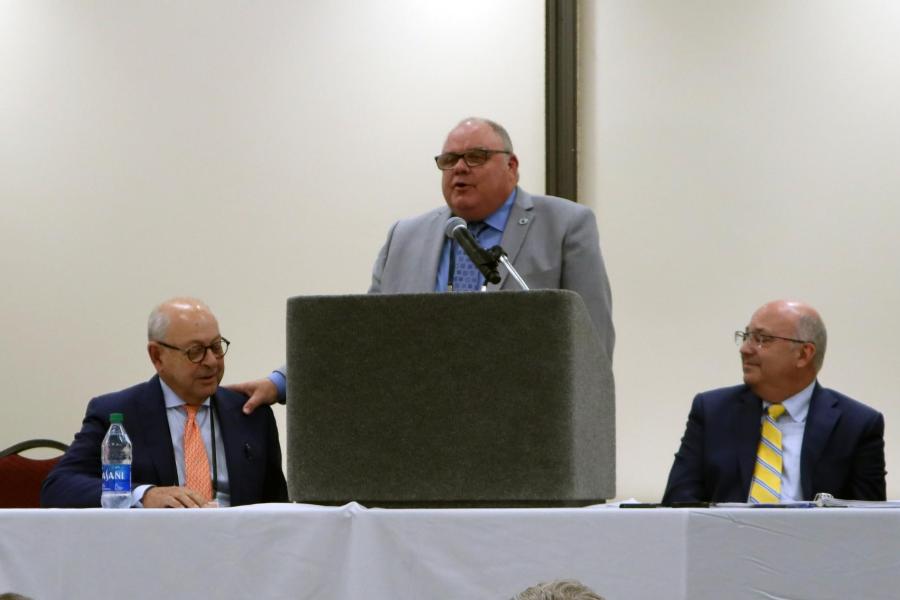 The Tennessee Municipal League recently elected its 2022-2023 board of directors during its annual business meeting recently held in Gatlinburg which coincides with the League’s Annual Conference. Henderson Mayor Bobby King was elected president.

As president of the League, King will lead the organization as it determines and proposes legislation cities want passed into law. He also plays a role with the National League of Cities, which represents municipalities with Congress and the federal administration.

“TML has been very instrumental in supporting legislation for cities of all sizes. Large and small communities across the state are looking for similar solutions to local problems,” said King. “As president, I will work hard to accomplish the League’s goals and legislative priorities.”

The four at-large directors were nominated by a five-member nominating committee composed of municipal officials statewide. They were then elected for a one-year term by a majority vote of the entire membership. Those directors are: Kevin Brooks, Cleveland mayor; Roland Dykes, Newport mayor; Julian McTizic, Bolivar mayor; and Kirk Bednar, Brentwood city manager.

Kay Senter, Morristown councilmember and chairman of the Tennessee Municipal Bond Fund also sits on the board. And a representative from an affiliate organization is also voting board member, Tim Ellis, Goodlettsville city manager and president of the Tennessee City Management Association.