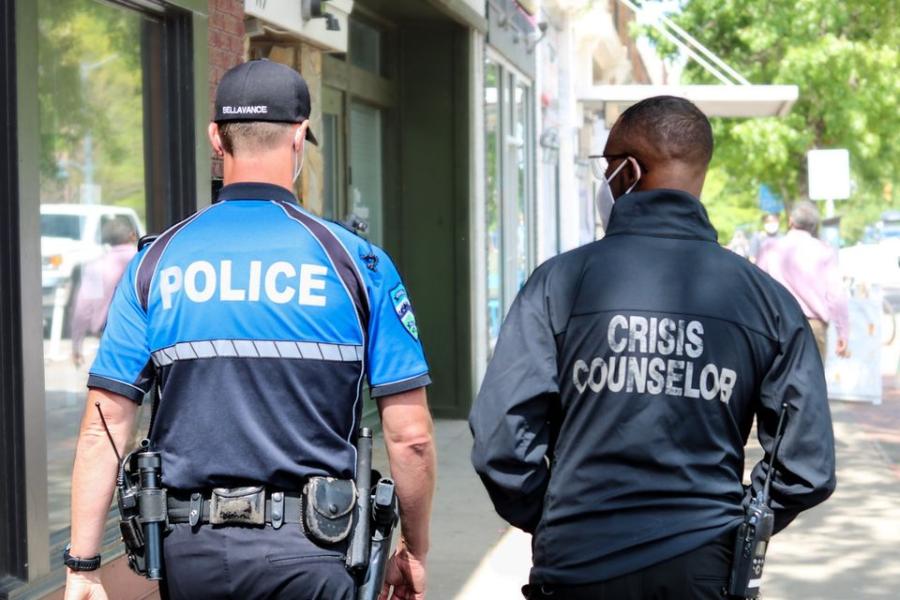 With many police agencies across the country incorporating social workers and psychologists into their departments, the Knoxville Police Department has seen success with the growth of its co-responder program.

The program pairs CIT-trained police officers with behavioral health specialists and is a partnership between the Knoxville Police Department and the Helen Ross McNabb Center. In its first month alone, the pilot program’s one officer and behavioral health specialist pair assisted 19 individuals at risk of suicide, conducted 12 welfare checks, and responded to an individual in crisis following a reported shooting.

Phil Keith, interim head of the Tennessee Association of Chiefs of Police (TACP), said social workers and mental health professionals were once part of departments back in the 1970s when the process of deinstitutionalization led to an increase in those facing mental health issues in the public sphere. Keith said those mental health and social work positions were slowly phased out due to high cost and other factors.

“I think we’ve learned from that first experiment, but there is a fundamental issue around mental health,” he said. “If you look at society, law enforcement is the last stop on the conveyor belt. When all other institutions fail – and mental health is a prime example where we have had systematic failure – the responsibility gets put on law enforcement. It’s unfair that the two largest mental health facilities in the U.S. are the Cook County Detention Center and the L.A. County Jail. That as an indictment of our society. When we deinstitutionalized, the problems didn’t go away; they just shifted.”

However, the work done in the past has provided a path forward for dealing with issues today, including mental health issues brought on by long-term substance addiction.

“I think there is a lot of hope that there is some defined process for working with these professionals. I’m a big believer in innovation, and what we have been doing the past 20 years has failed miserably,” Keith said. “We shouldn’t oppose this change just because we don’t know it. Part of the failure coming out of the 1970s was that we didn’t train the officers and the social workers together to set expectations. You have to educate the social workers to know the officers’ limitations. The social worker’s goal is prevention and intervention, so they need to know how to not expand the liability of that officer. There need to be defined rules of engagement. We are doing a better job of that.”

Launched in 2020, the Knoxville Police Department co-responder program was approved by the Knoxville City Council as a way to address both mental health issues as well as tackle call volume. Candace Allen, the McNabb Center’s senior director of Intensive Adult Mental Health Services, said the program allows immediate intervention for people in crisis and is one of many programs the McNabb center has worked with KPD on in the past decade.

“We have always been interested in decriminalizing mental illness and addiction,” she said. “We have a lot of programs geared toward doing that, especially in the jails. We have a lot of diversion treatment centers where law enforcement can bring people, we have mobile crisis, and behavioral health centers. We have always been looking for gaps in the continuum. We also know the sooner we can get to someone in crisis the better. It’s a behavioral health first responder.”

Officer Scott Erland, Knoxville Police Department communications manager, said the success of the initial pilot has led to the city council approving the program’s expansion in July 2021. At present, there are four co-responder teams with hopes that the program can expand even further.

“All of our officers receive substantial crisis-intervention and de-escalation training, but there is another program here that is a countywide, additional 40-hour training,” he said. “It was really important to have co-responder officers who has had more in-depth training on the signs and symptoms of mental health and substance abuse issues as well as more of the scenario-based training around active listening, de-escalation, and understanding how to relate to people who are in some sort of crisis.”

Allen said police officers are often on the frontlines of mental health crisis.

“They will tell you they are seeing more and more untreated mental illness and addiction,” she said. “Those issues have skyrocketed, but officers aren’t trained to look at it through a mental health lens. We are able to provide that. They are our partners.”

The largest volume of calls relates to those who are having suicidal thoughts or ideation, but the co-responder teams also deal with issues like addiction, dementia, hallucinations, and other mental health issues. Once the officer has secured the scene, the officer and behavioral health specialist will work to establish a rapport with the person in need to best determine what services are needed.

Erland said the program allows for follow-up with patients even after the call is ended. While beforehand officers might drop a person off at a hospital or mental health facility and never hear from them again, he said the co-responder model helps ensure that people get the care they need.

“Officers always want to help, but they have limited options,” he said. “An officer who is by his or herself answering a call and dealing with someone who is sadly in the throes of some serious mental crisis has limited options. We don’t want to take that person to jail. We do have the behavioral health urgent care center here or you can take them to the hospital. The difference is this addresses a gap in those services. They are able to get a behavioral specialist who can assess them in real-time with direct contacts to different resources, can help schedule appointments, and make sure they are following up on their appointments. There is a more of a safety net. Before, an officer would take someone to the hospital and go to the next call. In the co-responder program, the behavioral health specialist takes charge of the scene once it’s secure.

Erland said the goal of the program is to “meet people where they are and get them on the road where they need to be.”

“Helping people who need help the most is the real success of this program,” he said. “It added another tool for us as a department. There were limited options for our patrol officers to deal with this before. I think a really important thing to emphasize about the co-responder program is that in the more than two years it has been running, the co-responder program has not had one use of force. They are doing a great job getting out there, whether it be de-escalating situations that are tense or building rapport with individuals and getting them the services they need.”

The biggest accomplishment of the program is the number of Knoxvillians it has saved.

“I know several people who we got to that I don’t think would have been saved if it wasn’t for this unit and them responded the way they did,” Allen said. “It keeps people alive. There is a trickle-down effect, too. If we can get to someone that doesn’t have a mental health home or needs treatment, we can help set up those appointments and get them into treatment. We are able to start the ball rolling and keep in contact with them. Without that interaction with the co-response team, those people wouldn’t have an avenue to get better. If they aren’t getting better, they get worse.”

Beyond saving lives, the program also saves costs in term of incarceration. Many times, arrests of those dealing with mental health issues wind up creating a vicious cycle of arrest and re-arrest where the core issues are not dealt with.

“Our jail systems have often times become an inpatient psychiatric unit, and they should not be,” Allen said. “That is one of the reasons we have really strived to create places for law enforcement to drop people off and don’t take them to jail when they don’t need to be there. Anytime we can provide an avenue to not arrest someone because they have mental issues and illness, we need to do that.”

The program also saves time and helps better manage the call volume that comes into KPD. One of the longest calls a co-responder team handled took several hours, resulting in a potential bridge jumper coming down and receiving help.

Allen encouraged other departments and cities to look into creating a similar program.

“Your mission as law enforcement is public safety,” she said. “We have data to prove we have increased both public and individual safety. We are taking care of vulnerable citizens in a different way. There is a lot to talk about how you implement these programs, and how you have law enforcement and civilians working together. It’s a recipe that needs to be discussed. These units free up the rest of your force. I encourage anyone to reach out to us, KPD, and the Knoxville City Council.”

Erland said the co-responder program fills an important gap and helps the Knoxville Police Department uphold its mission of helping the community.

“Find a strong community partner,” he said. “We found one in the McNabb Center. Give it a go. This is one of the main issues that law enforcement is facing is people battling substance abuse and other mental health crises. What we have seen is this has certainly filled a gap in services we can offer and were offering. We started small, we have grown, and we would like to see the program to continue to grow. If they save one life, then they’ve made a difference. I think a lot of jurisdictions could benefit from it, and I think the department benefits from it in a lot of different ways.”