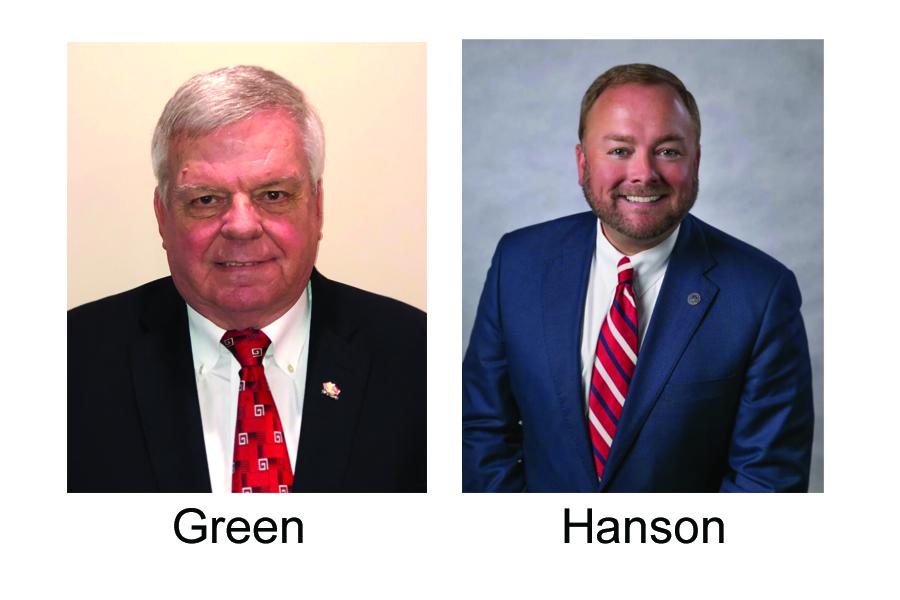 The Tennessee Municipal Bond Fund (TMBF) would like announce the retirement of West Tennessee Marketing Representative Tommy Green and the selection of Justin Hanson, mayor of Covington, as Green’s successor in the organization.

TMBF President and CEO Wade Morrell thanked Green for his role with the Bond Fund for the past dozen years. Green joined TMBF on July 1, 2010.

“While Tommy will be missed at TMBF, he certainly deserves his retirement,” Morrell said. “His hard work and diligence have greatly benefited TMBF for the past 12 years in his role as West Tennessee marketing representative. Tommy has been kind enough to stay on board through the end of the year to help Justin with his transition. This speaks volumes about Tommy’s character and work ethic and is just further proof of the kind of man that he is.  We wish Tommy much success and happiness in retirement.”

Prior to coming to the Bond Fund, Green served as mayor of Alamo for 30 years and is a past-president and former board member of the Tennessee Municipal League.

Covington Mayor Justin Hanson will be stepping into Green’s shoes. Morrell said Hanson will be primarily assigned to the West Tennessee region but will be available to serve communities across Tennessee.

“We are very fortunate to have a man with Justin’s background, training, and enthusiasm joining the TMBF staff,” Morrell said. “The results of his time as mayor in Covington over the last eight years speak for themselves.  He is a great addition to our very strong team that is committed to serving as the trusted borrowing option for our cities and counties in Tennessee.  Justin’s passion for the communities in West Tennessee is contagious and will allow him to seamlessly transition into his new role with TMBF. His contacts throughout West Tennessee will allow him to hit the ground running and will be a valuable resource for the region as they prepare for the coming growth and development with the arrival of Blue Oval.”

Hanson thanked the citizens of Covington for allowing him to serve as the city’s mayor.

“Serving as mayor of this wonderful city has been one of the greatest joys of my life,” he said in a letter addressed to colleagues and friends. “It has also been a great privilege to serve with such wonderful and dedicated employees. It’s always been my goal to leave our wonderful city better than I found it. I certainly feel that’s the case. Our streets are safer, our debt is lower, our economy is strong, our pension is fully funded, and our fund balance is higher than it has ever been! During these past eight years, we have successfully prepared Covington for the growth and development we are about to experience with this generational transformation called Blue Oval City. I will forever be grateful for the trust you have given me to lead you to this most critical point. I wish Covington the absolute best in its bright future”

Hanson was first elected mayor of Covington in 2014. He holds a degree from Christian Brothers University and worked at Covington’s KBJ station before moving to WMC-TV in Memphis. He resigned his position there as a multimedia journalist when he was elected Covington’s mayor.

Created by the Tennessee Municipal League in 1985, TMBF, began making loans in 1986. Since its inception, programs administered by TMBF have resulted in total borrowings by local governments in Tennessee of $5 billion. Many borrowers have multiple loans through one or more programs.

Loan sizes range from $4,500 to $68 million. More than 280 local governments have utilized the services of TMBF resulting in tremendous cost savings for these borrowers. The interest rate on the popular variable rate pooled loan program has averaged under 1.20% since 1986.