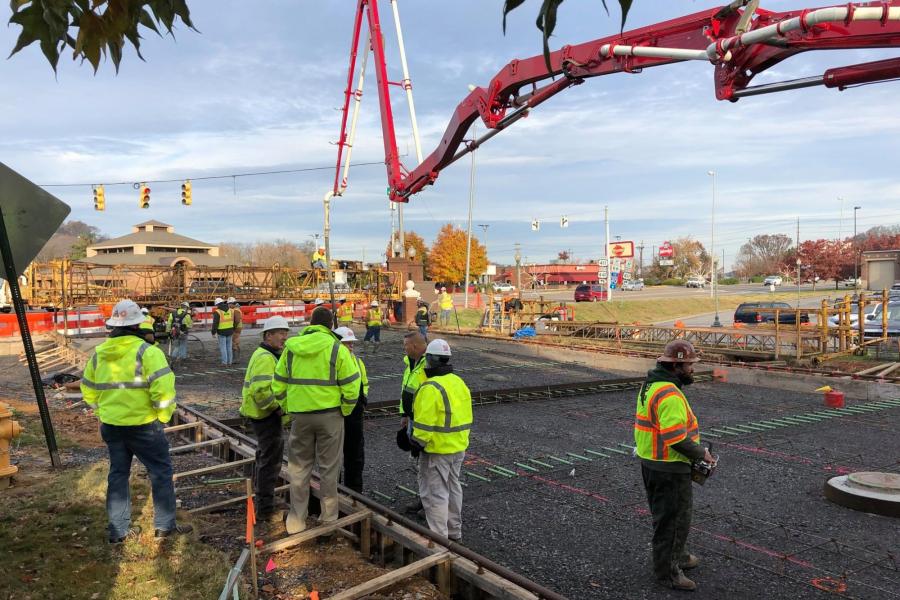 In order to bring better, more efficient services to their citizens, the city of Sevierville recently completed an $8 million downtown streetscape project that not only replaced aging water and sewer lines but also used the opportunity to bury other utilities, like electricity, cable, and telephone services. The massive, coordinated effort to do so has revitalized the appearance of Sevierville’s downtown, and is one of several major investments the city has made to improve quality of life and services for residents.

Through innovation and a dedication to positive and productive working relationships between elected officials and municipal staff, the city of Sevierville works to provide both top-notch traditional municipal services while finding new and unique ways to provide those services to citizens.

In recognition of the city of Sevierville’s both best-management and best governance practices, the Tennessee Municipal League is pleased to present Sevierville with an award for Excellence in Governance.

Finding better ways to serve and deliver service to the community is the motto adopted by both elected officials and municipal employees in Sevierville. Both members of the city’s Board of Mayor and Aldermen and city staff work together to create, design, and implement new approaches to standard service delivery in ways that are both tangible and intangible.

Sevierville recently completed an $8 million downtown streetscapes project that turned the need to replace aging water and sewer lines and address stormwater drainage into an opportunity to provide underground electricity, telephone, and cable services. City departments participated in a massive coordinated effort with contractors, construction officials, and others for management, design, construction, and installation of both these utilities and landscaping and beautification projects following them.

The city recently issued a $100 million bond to fund expansion of its police headquarters, community center, water and wastewater treatment plant, and construction of a new East Sevierville Park. This comes on the heels of the completion of a $6.5 million new fire department headquarters building and a $4.7 million new downtown fire station building that will improve city response times.

Providing stellar emergency services has been another goal for Sevierville. In coordination with the county EMA, the city enacted the Code Red Alert System to alert residents and tourists of critical events. The Sevierville Fire Department has expanded from 38 full-time positions to 52 full-time positions, and has also seen the adoption and training of Ember, a Dalmatian who will serve a vital role in fire safety education and outreach.

Likewise, the Sevierville Police Department has increased its sworn officers from 58 to 65 with all patrol officers equipped with body cameras and automated citation devices purchased and deployed for police patrolmen. Police interaction with the community has also increased through programs like Coffee With A Cop and National Night Out.

Recently, leadership completed a parks and recreation master plan with the involvement of parks staff. Several unique parks and recreation programs are now underway in the city, including the construction of new pickleball courts and a partnership with the city of Pigeon Forge for the management of Youth Baseball programs in Sevier County. The city is also working with the local chamber of commerce to begin a historic landmark signage program for the benefit of both tourists and locals.

In addition to their hard work on the downtown streetscapes project, Sevierville Public Works employees have been hard at work around the city. Major bridge rehabilitation projects are underway around the city as well as repairs to a massive sink hole. New self-watering technology is keeping downtown flowers beautiful while saving the city hundreds of hours of labor and thousands of gallons of water. Thousands of feet of sidewalks, hundreds of curb ramps, and dozens of accessible pedestrian traffic signals have been added as part of the city’s ADA transition plan.

The city has created an overall connected traffic network that allows for real-time data retrieval and manipulation of intersections, controllers, and video detection remotely through centralized software. The city’s traffic signal system is responsive enough to change timing to meet the needs of current traffic conditions.

To meet growing water needs, the city has added two new sewer lift stations, upgraded or replaced 28 lift stations, added a new water booster station, and upgraded eight others. Nearly 14,000 customers have had their meters replaced with automatic readers while 50 miles of sewer and 30 miles of water mains have been added.

As the city continues to expand, Sevierville has also streamlined several processes aimed at boosting local growth. The city has implemented the submittal and review of plans and permitting electronically while creating a “one stop shop” for the business application and permitting process. Working with private entities, the state, and local programs, Sevierville has brought in more than 1,800 new housing units since 2017 with more than half of those subsidized through local and state program to make them affordable.

By keeping a customer-oriented focus and working together to find unique solutions despite limited resources, the city of Sevierville has shown how strategic planning, teamwork, and coordination can make better government and a better city.