Excellence in Parks and Recreation: Springfield 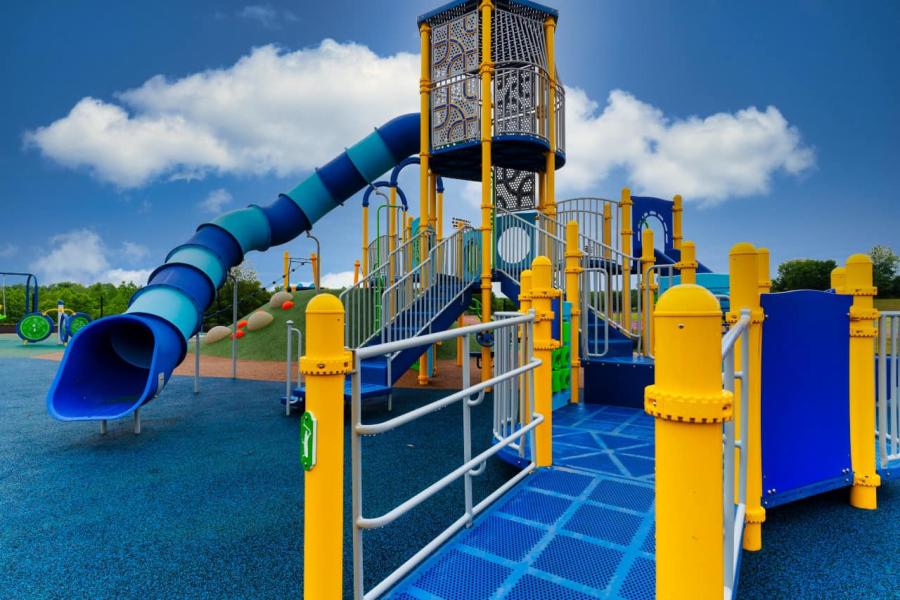 The new, inclusive playground recently opened at the city’s Martin Luther King Jr. Park is just one of many new offerings the city of Springfield has worked to build through partnerships with the community and leveraging city funds.

Providing easily accessible parks with a wide range of opportunities for different types of recreation is not always an easy task, especially for smaller cities.

The city of Springfield encompassed a little more than 13-square-miles, and the Springfield Parks and Recreation Department works hard to meet the individual needs of the just under 19,000 citizens who call the community home.

In recognition of the ongoing efforts made by Springfield to provide diverse parks and recreation options and opportunities to its citizens, the Tennessee Municipal League is pleased to present Springfield with an award for Excellence in Parks and Recreation.

Springfield has seven parks that provide access to parks and recreation for all areas of the community with each park within three miles of downtown Springfield’s courthouse square. Three of the city’s parks are connected by the Springfield Greenway, which also connects to the square, several neighborhoods, the city recreation center, and two schools.

In addition to maintaining existing parks, city officials have been hard at work in recent years to prove that living in a small city doesn’t mean residents should only have access to a handful of recreation options. After hearing feedback from local residents and through partnerships with grassroots endeavors, Springfield opened the first public disc golf course in Robertson County.

Partnering with local enthusiast group Discin’ Disciples, funds were raised through a series of tournaments that were then used by the Springfield Parks Department to prepare tee pads and fairways for an 18-hole disc golf course at J. Travis Price Park. The city continues to partner with the group to raise funds for improvements to the course as well as to bring in new players to the community who want to experience the layout and challenge. The course has had more than 1,700 users since it was opened last year.

Another new addition to the Springfield park system is the new inclusive playground at Martin Luther King Jr. Park, the first in the city. Located adjacent to the city’s splash pad – which also caters to children of all abilities – the new playground features a merry-go-round, unique swings, a rubber safety surface, musical play pieces, and other sensory play pieces throughout. The success of the park has prompted the city to plan the opening of another inclusive park at the city’s Garner Street Park.

Springfield also debuted its first-ever Buddies Baseball league, which is open to special needs residents of all ages. A total of 40 citizens ranging in age from three to 64 registered for the program with four teams playing in the inaugural season.

Several sports fields and courts have also been added to the city’s park infrastructure. Two outdoor basketball courts, two sand volleyball courts, and two new multi-purpose fields have allowed citizens of all ages to enjoy a wide variety of recreation as well as helped to expand youth sports league offerings in the city. Six tennis courts are already on offer at city parks as well.

In addition to the new planned playground, Garner Street Park has seen two major upgrades. The first is a new concrete skatepark also created through a grassroots fundraising effort. The city partnered with the local Springfield Kiwanis Club to fund the new skatepark, which saw its groundbreaking over the summer. The park is already home to the city’s one-acre off leash dog park, which is popular with local residents and their pets.

From walking the greenway to a variety of youth and adult sports leagues to open free fishing to playgrounds, dog parks, a splash pad, disc golf, and more amenities planned for the future, the Springfield Parks and Recreation Department offers something for everyone.